What is it like on a Thai Train? Bangkok to Surat Thani

I thought the best way to answer that question would be to tell you about a train trip I took in February 2016 from Bangkok to Surat Thani, with onward bus and boat connections to Koh Phangan. 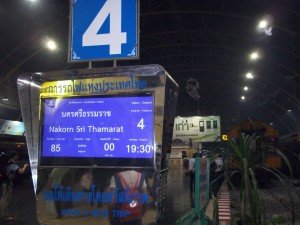 Train #85 from Bangkok to Surat Thani

I had flown in from London arriving at Bangkok Suvarnabhumi Airport at 16.00 and then made my way to Bangkok’s main train station (Hua Lamphong) by taking the Airport Link to Makkasan and then changing to the MRT (underground). The journey took about 50 minutes and cost me a total of 70 THB (£1.40 or $2). I made it about an hour before my 19.30 train. I knew I could get a seat because I booked it in advance through Thailand Trains and I picked up the ticket at the DOB Building opposite the station before I got on the train. I had worried that the ticket collection office might not be open after 18.00, but the ticket collection office in the DOB Building in fact stays open every day until 20.00.

Hua Lamaphong train station is a beautiful building built in Neo-Classical style in the centre of Bangkok’s China Town. Leave your luggage at the station if you have a few hours and have a stroll around China Town. I could have done this except it was dark and I was tired from travelling so instead I sat down at an outdoor restaurant opposite the station and had dinner: chicken and rice, and two large Singha beers, for the princely sum of 240 THB (£5 or $7). 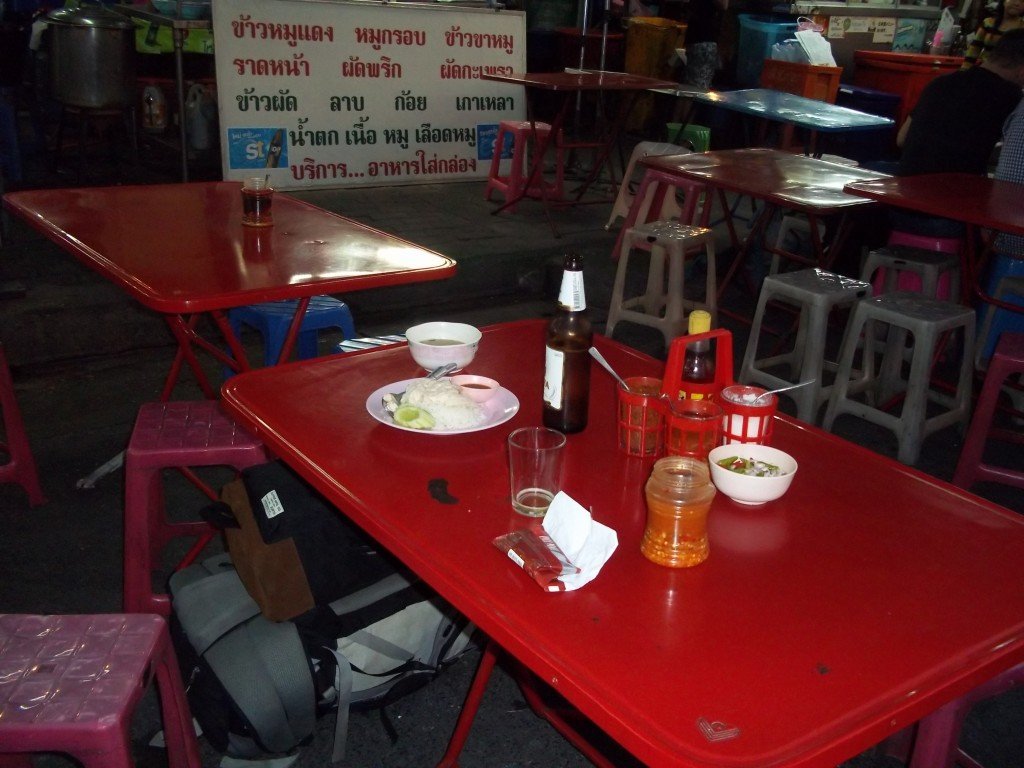 My dinner and beer in a restaurant near Bangkok Train Station

When I finished my meal at 19:00 I did not have far to walk back to the station, as you can see from the picture below I took whilst I was finishing my two large Singha beers. 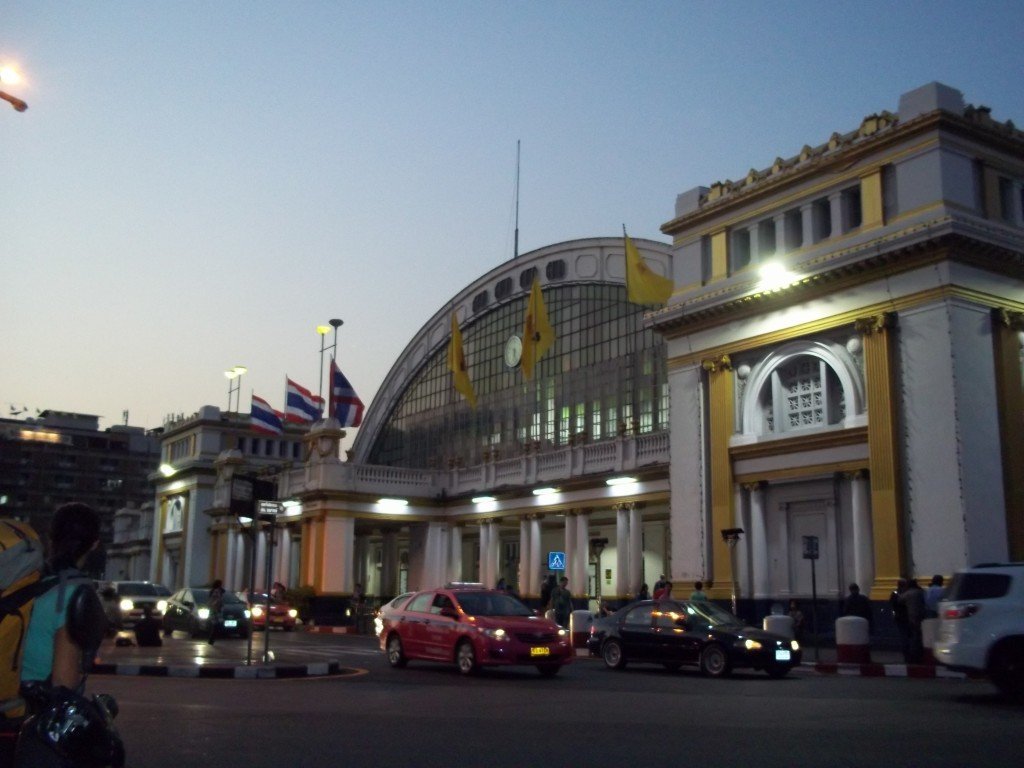 Once you enter from the grand front of the station you walk through the station to the back to get to the platforms. There are 12 platforms at Hua Lamphong and it is a good idea to ask one of the very helpful train staff to point you in the direction. Have your tickets at hand to show them. You need to get the right carriage as well. There are also electronic display boards with final destination, departure time and train number in English. I found the right train very easily, despite the two bottles of Singha beer I had drunk very quickly just before. 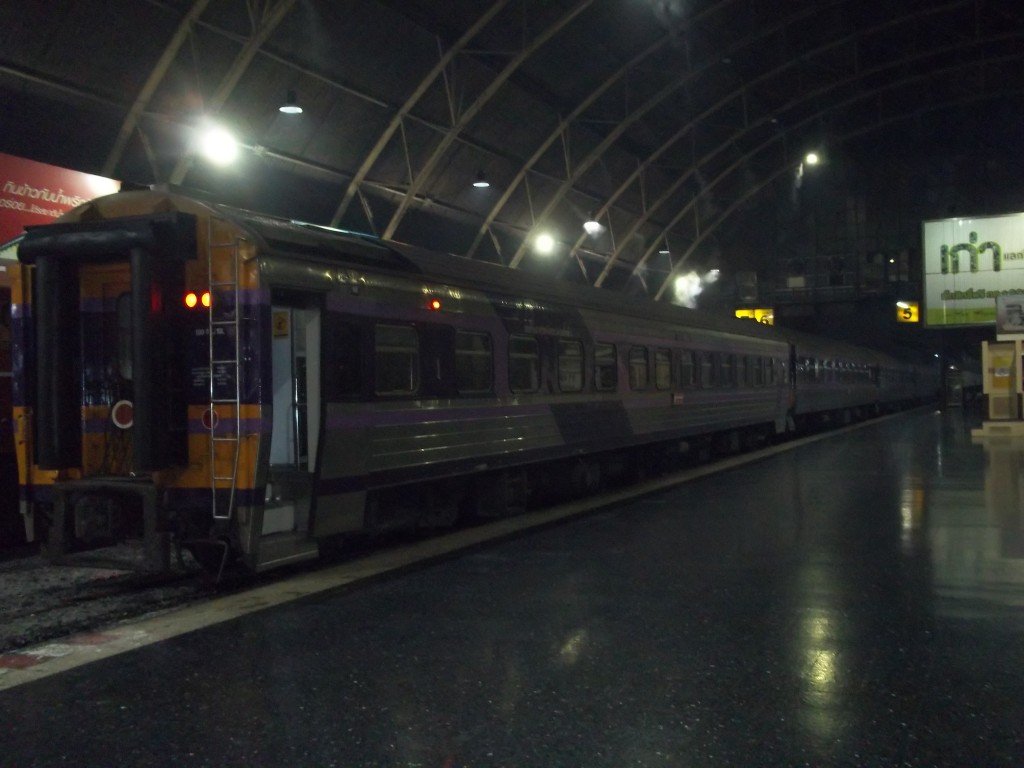 Differences Between European and Thai Trains

There are a few things to understand about Thai trains that are a bit different to European or North American trains:

Train from Bangkok to Surat Thani 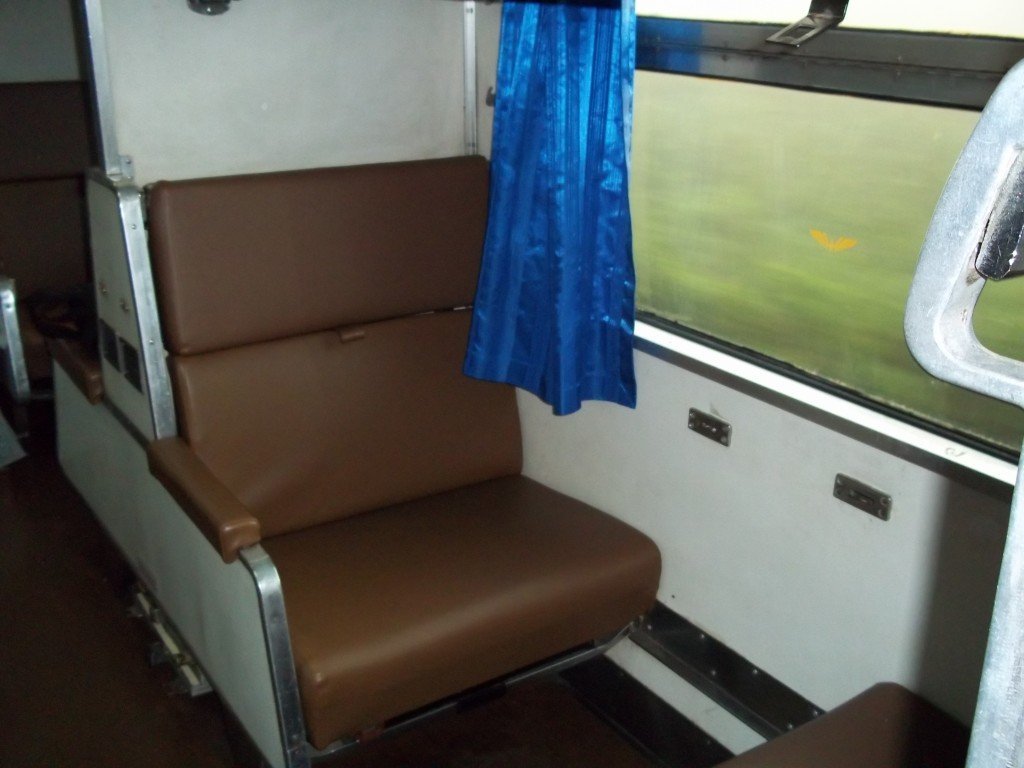 This was my standard 2nd class sleeper seat on Train #85 from Bangkok to Surat Thani. Meant for just 1 person but wide enough to fit two slim ones. 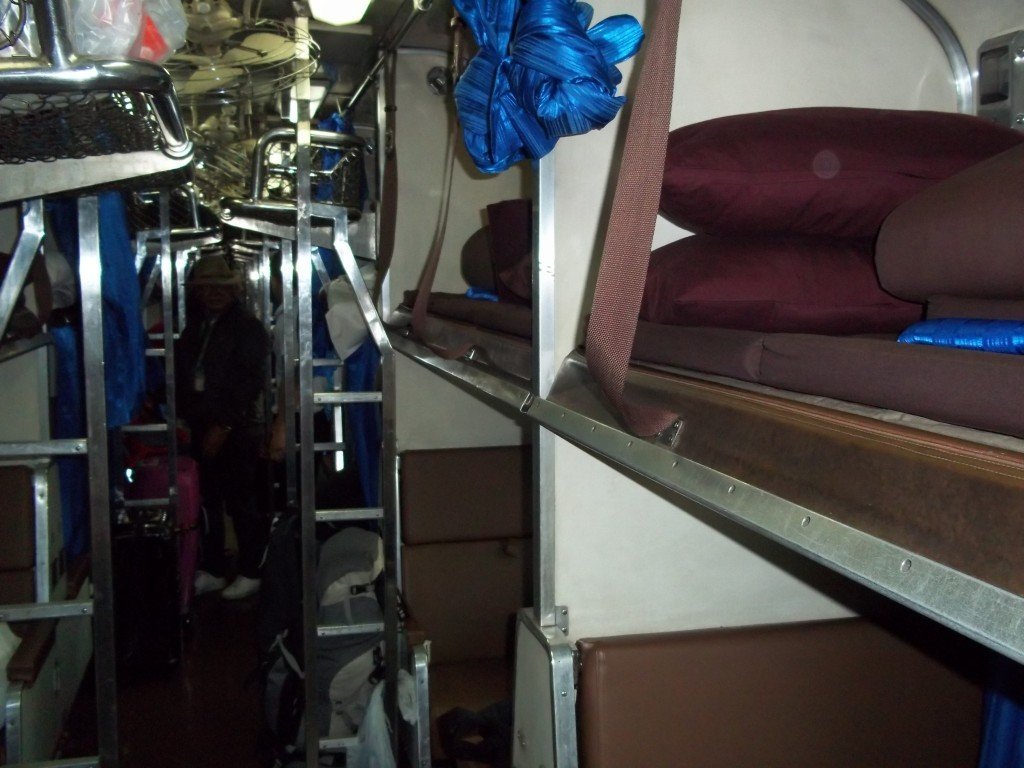 This is my upper bunk folded down. They add sheets and pillows and it is clean and comfortable. So much so I went straight to sleep. 24 hours awake had taken its toll as had the beers. Apologies for no photos of the beds made up as I went to sleep immediately. Trust me the white sheets really were white. 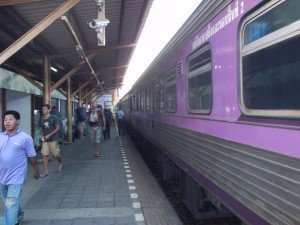 The next thing I know I am being woken up by the train guard shouting ‘Surat Thani, Surat Thani’. I jumped out of bed to rush to the exit but fortunately the train guards in Thailand are very kind and they wake you up 30 minutes before your station, which is when the restaurant staff come round with steaming urns of coffee. Great start to the day. My train was a mere 30 minutes late and I arrived at Surat Thani railway station at 07.30. I was not worried because I had also booked my onward ticket for travel to Koh Phangan in advance online. I knew I had time for another coffee, and to check my e-mail, before getting onto the bus.

Journey by Bus and Boat from Surat Thani to Koh Phangan

Conclusions about Train Travel in Thailand 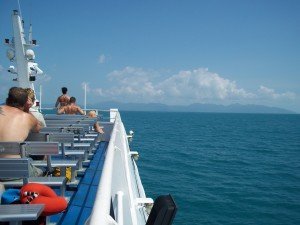 Top deck of the Lomprayah Boat to Koh Phangan

Train travel in Thailand is great. It was very cheap, quick and easy to get from the International Airport to Bangkok train station. I had a cheap tasty meal and a couple of beers on a street side table in front of the train station. Both my train and my ferry was on time, and the journey was cheap: I got from Bangkok to Koh Phangan on a Thai train, and then with a joint bus/ferry service, all for less than 1,500 THB (£30 or $42) all booked in advance on the internet.