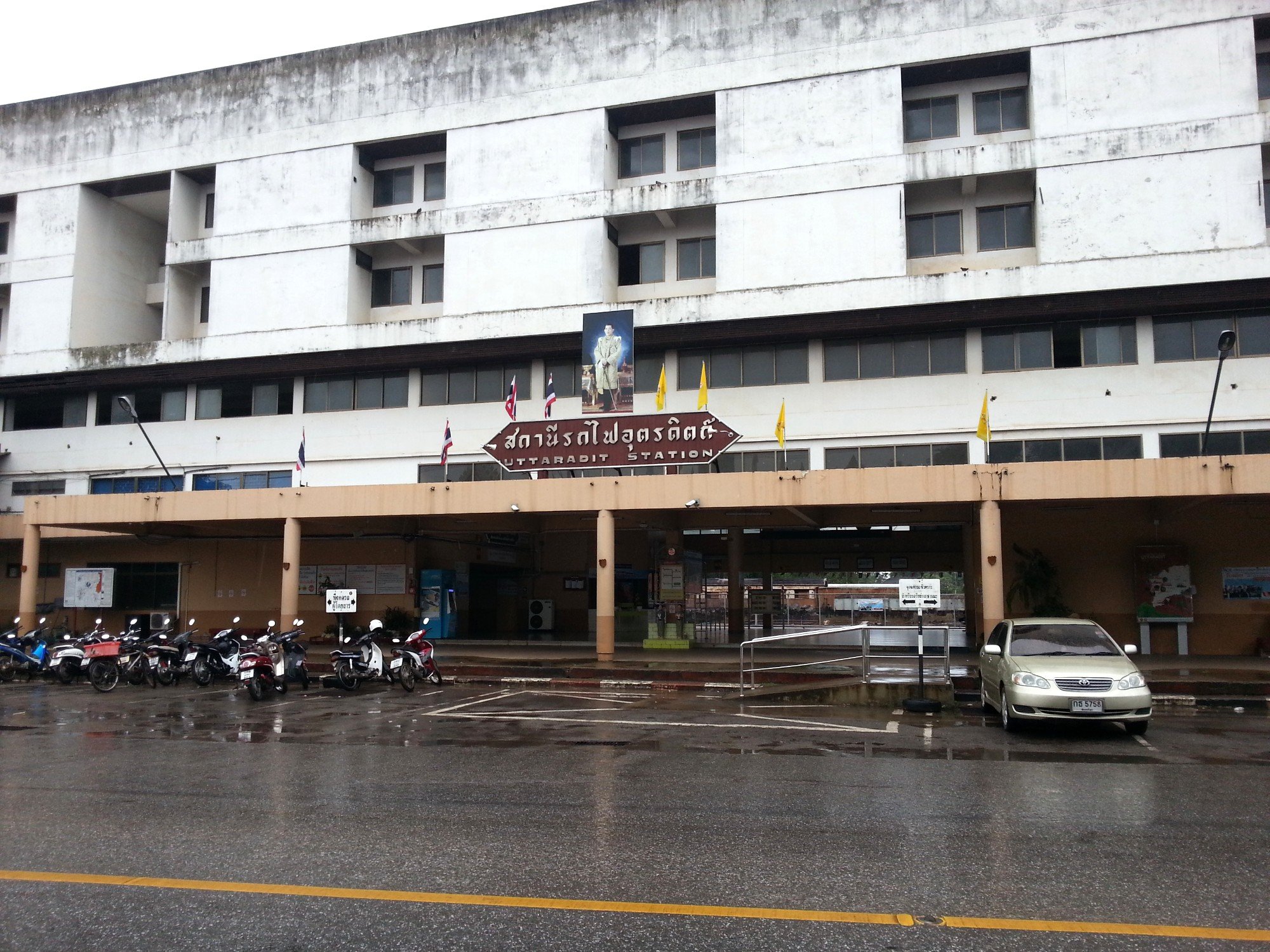 Uttaradit is one of Thailand’s ugliest train station having being rebuilt in 1951 after being hit by a bomb in World War II. The ticket hall is located at the bottom of a low rise concrete office block. The original station building was constructed in 1910 in modernist architectural style with a tower. 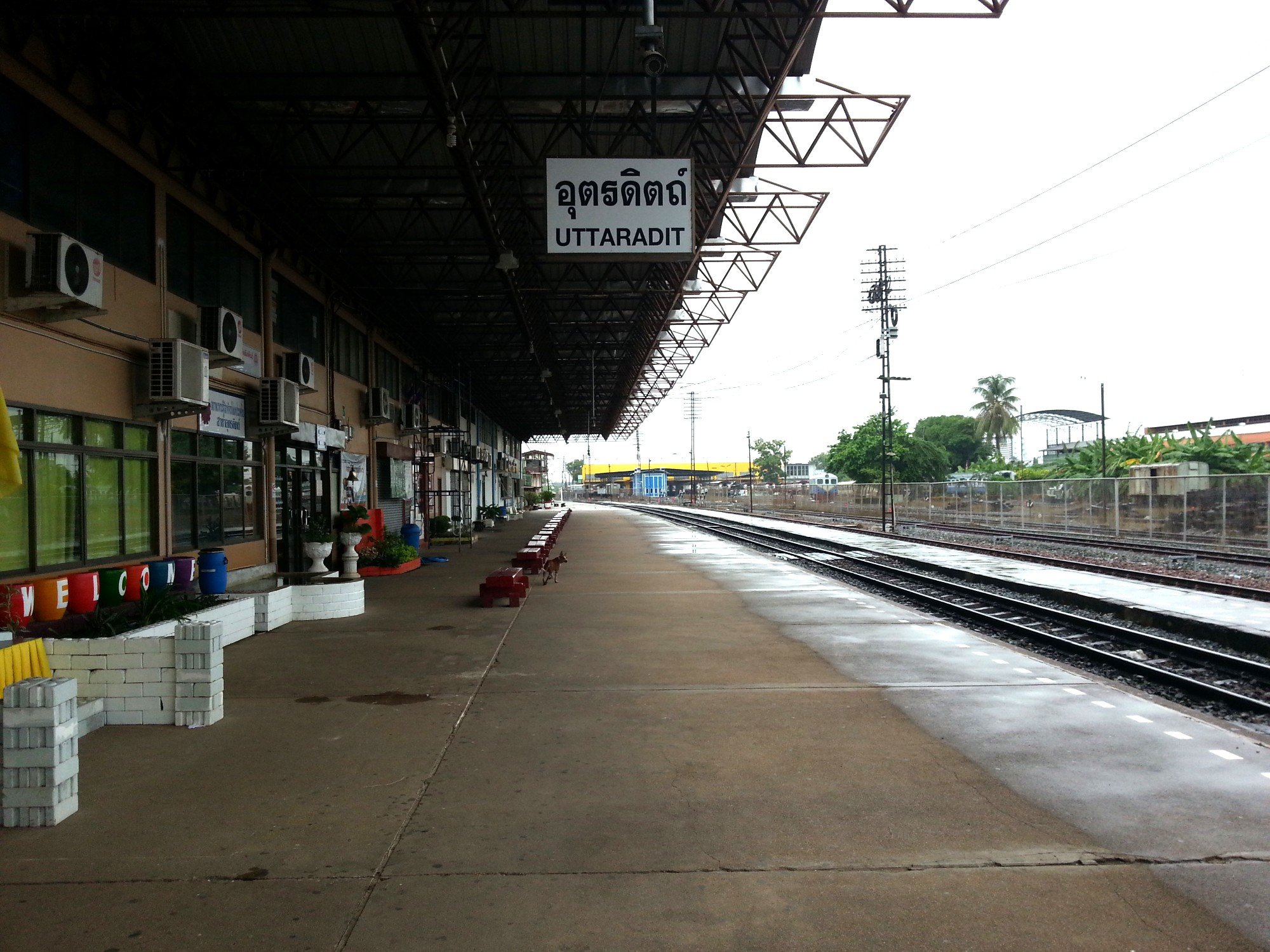 Uttaradit Railway Station has 2 platforms, 9 tracks and 16 trains passing through every day: 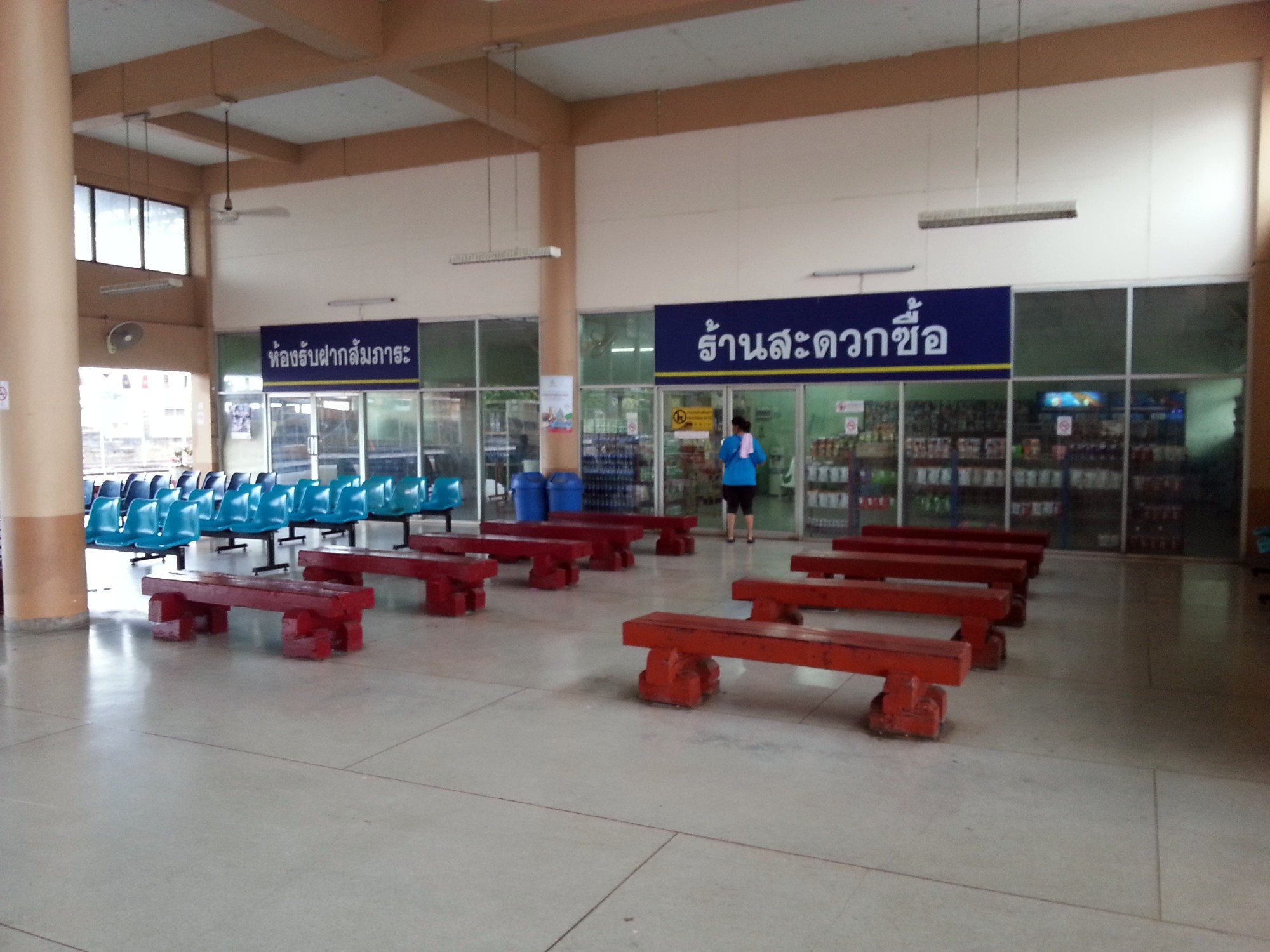 For more facilities we recommend that you walk south east towards the Boroma At Road. The Friday Department Store is a 1 km walk from Uttaradit Railway Station.

The ticket office is located on the right hand side as you enter the station via the main entrance. 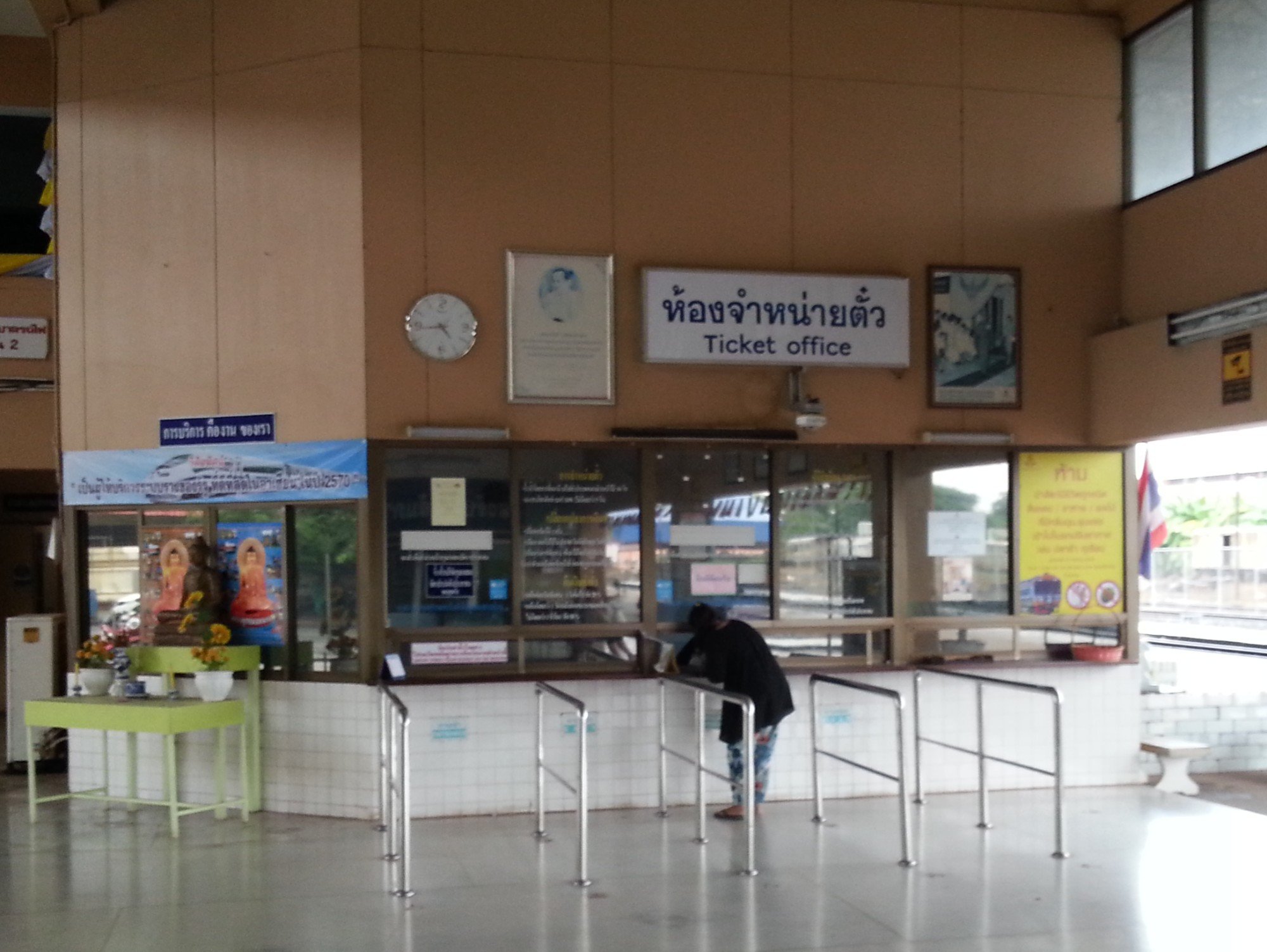 The ticket office is normally open to sell tickets for all train departures from Uttaradit which means it opens from around 02:30 until 22:30 every day. You can generally buy 3rd class tickets on the same day as you travel. For 2nd or 1st class tickets, particularly sleeper berths, we recommend that you buy your tickets a day or more in advance.

Motorbike taxis wait in front of the entrance to Uttaradit Railway Station at times when trains arrive. Expect to pay 40 THB for trips within Uttaradit town centre, including to Uttaradit Bus Terminal. The return journey to Wat Phra Thaen Sila At should cost around 140 THB.

There are 8 direct train services a day from Uttaradit to Bangkok.

There are 5 direct train services a day from Uttaradit to Chiang Mai.

Next read about Hanoi Railway Station