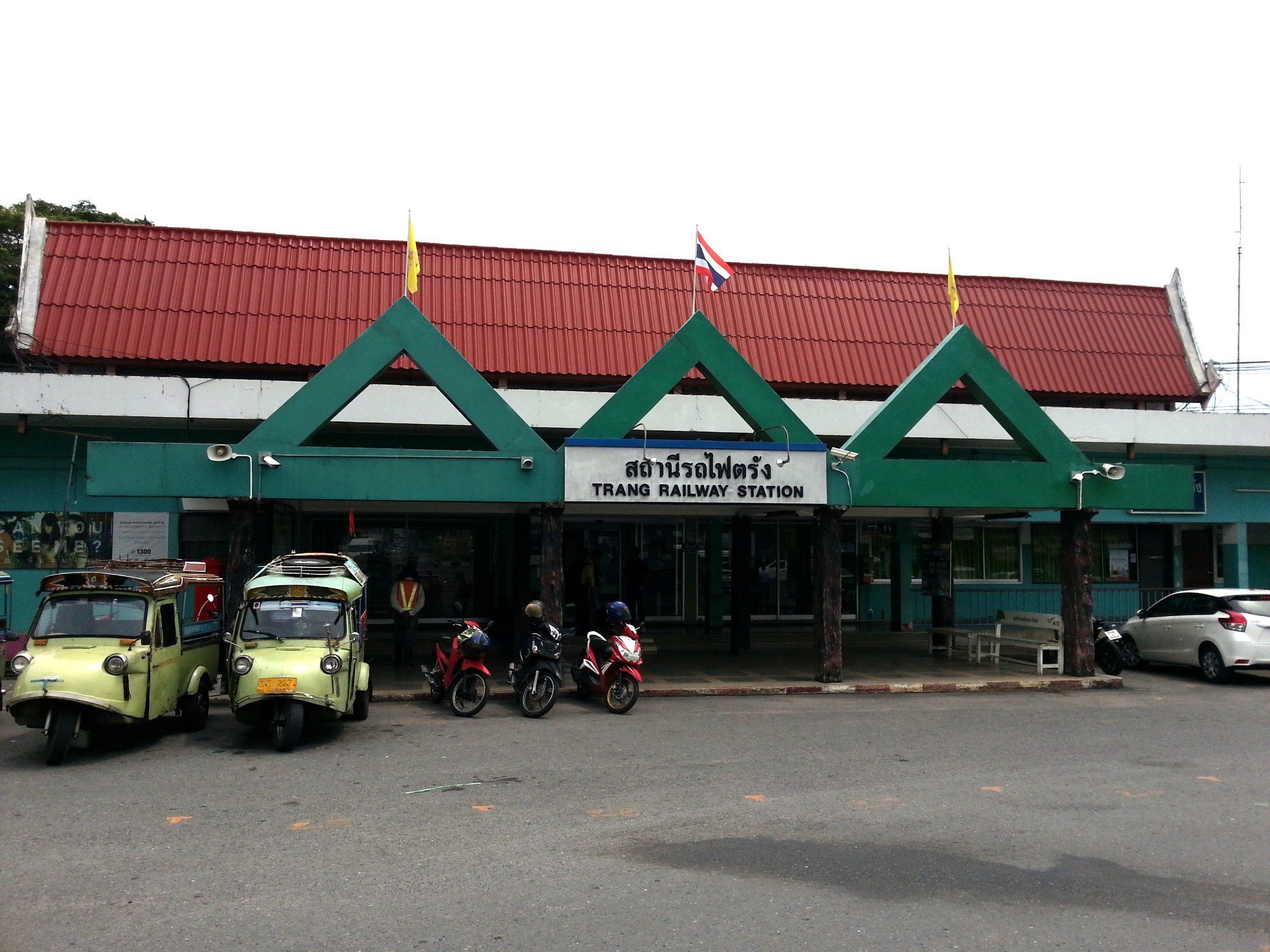 Trang Railway Station is the connection point from the railway network to islands in the Andaman Sea such as Koh Muk, Koh Libong, Koh Kradan and Koh Lipe. 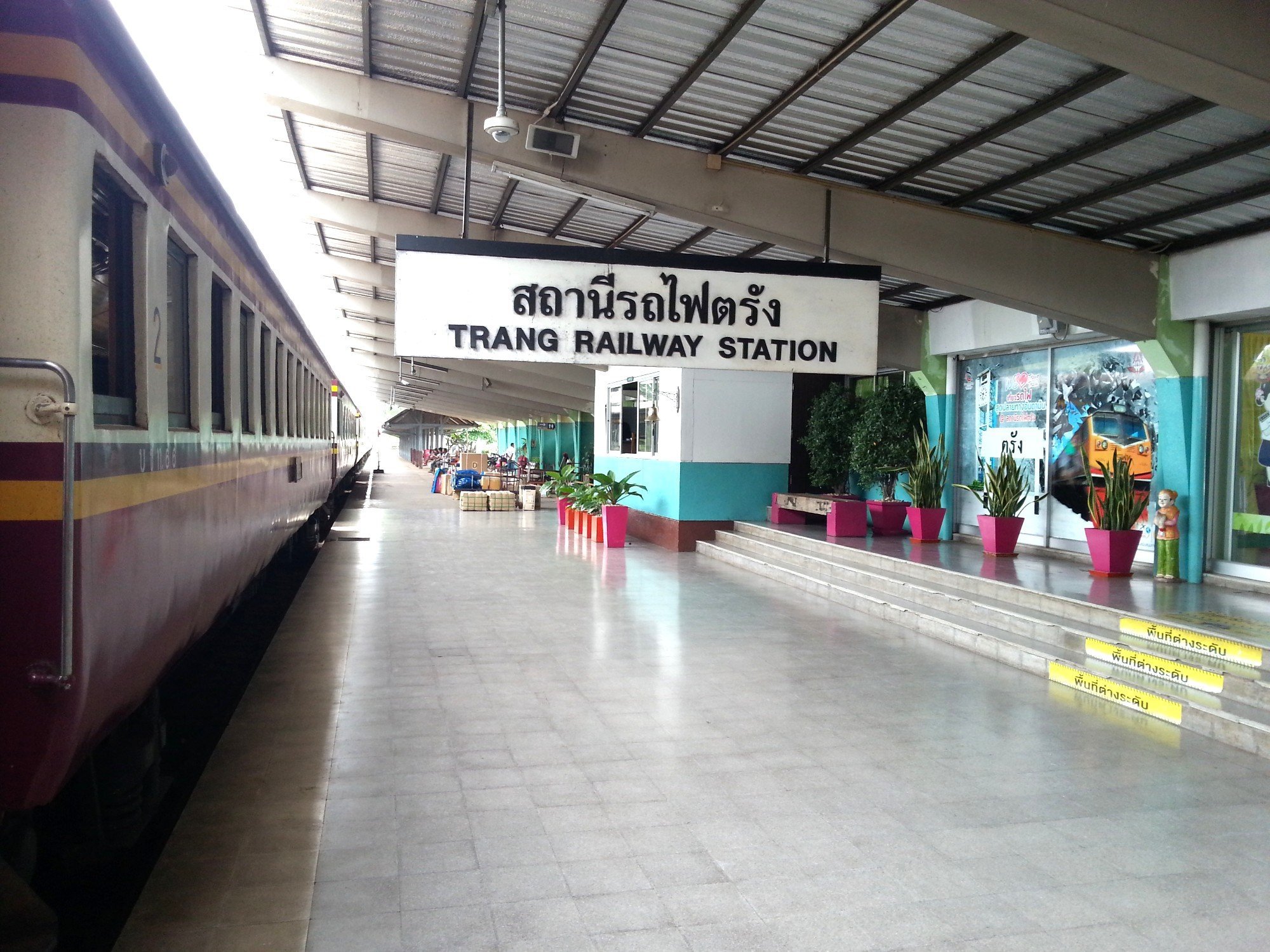 Trang Train Station is a Class 1 Railway Station with 2 platforms, 3 tracks and 4 trains passing through each day:

There are two ticket counters in the main station building as you enter on the left. 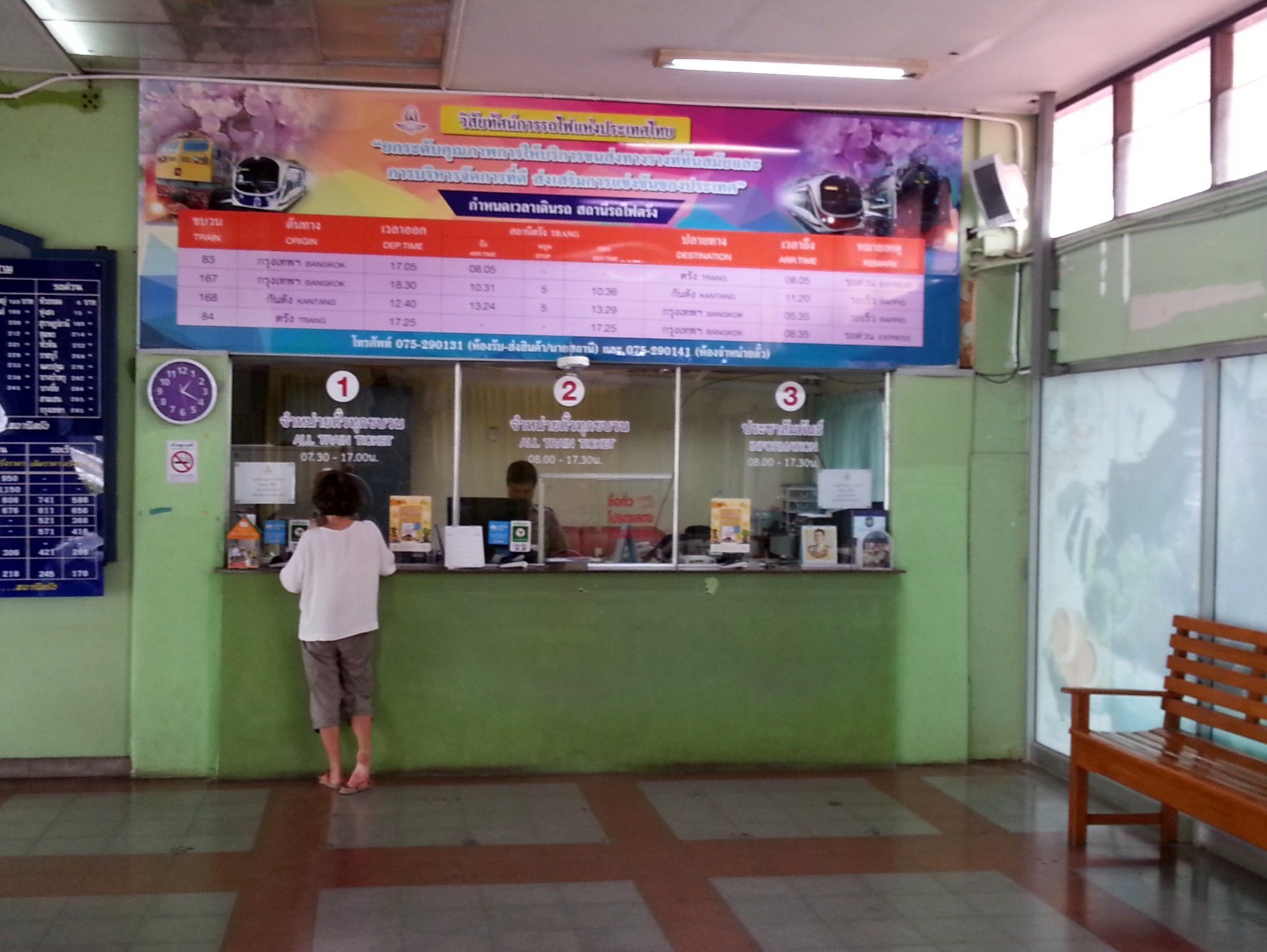 The ticket office is open during day from 08:00 to 17:30, which is from the time when the first train of the day arrives at the station until the time that the last train of the day departs from the train station. 3rd Class tickets are normally always available to purchase on the day of the travel, however, 2nd Class seats and sleeper berths normally need to be purchased in advance as tend to sell out by the day of travel. 1st Class sleeper berths nearly always sell out several weeks in advance because they is only ever a single 1st Class carriage on any train and sometimes none at all.

Use the Search Box below to buy train tickets from Trang to Bangkok online:

Motorbike taxis and Trang’s distinctive ‘frog’ style tuk-tuks wait outside Trang Railway Station from early in the morning until the sun sets waiting for passengers. A motorbike taxi to destinations within Trang town should cost 20 THB and 40 THB to Trang Bus Station. The tuk-tuks are more expensive and the price varies a lot because they are popular with tourists. Aim to pay 40 THB for trips within Trang town and 60 THB for the journey to the bus station in a tuk-tuk. 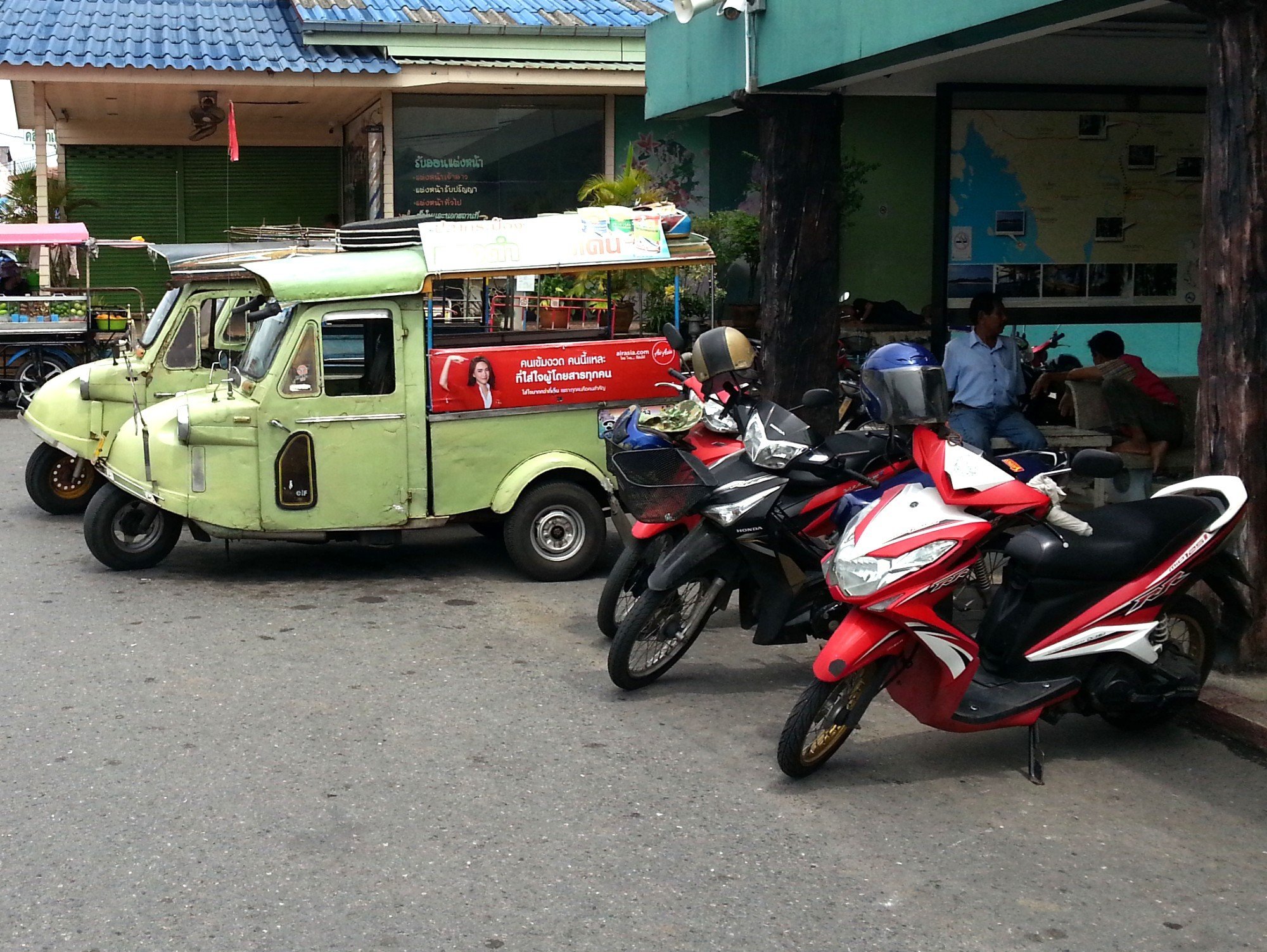 There are also several travel companies who operate direct transfers from Trang Railway Station to the islands in the Andaman Sea. These direct services need to be booked in advance. Click on the links below for more information:

There are 2 direct train services a day from Trang to Bangkok.

Next read about Thanaleng Railway Station