Travel by train from Koh Lipe to Bangkok takes takes 22 to 24 hours compared to travel by bus which takes 20 to 22 hours. However, travelling by train is a lot more comfortable than travelling by bus because you can book cheap sleeper berths on trains in Thailand instead of spending a night sat upright in a bus seat.

From October to May joint speedboat and bus services to Hat Yai Railway Station depart from Pattaya Beach in Koh Lipe. 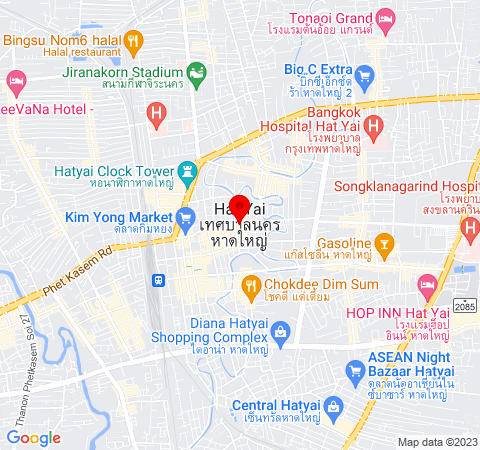 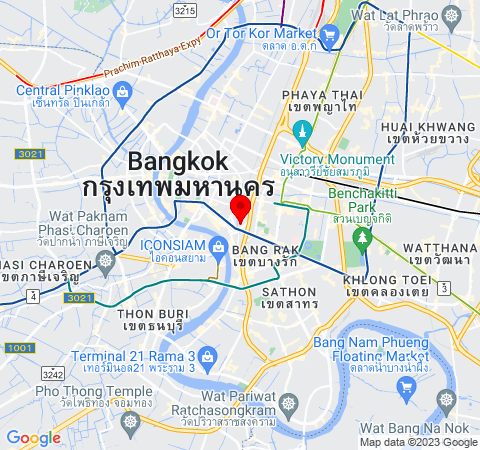 About Train travel to Bangkok

The first stage of the journey by train to Bangkok is the sea crossing to the mainland. The only direct services to the mainland are by speedboat and the journey takes approximately 1 hour 30 minutes. Speedboats leave from the beach in Koh Lipe with passengers boarding the boats via floating plastic pontoons. There is not much room to move around in the speedboats but they do have on board toilets and a small amount of space at the front of the boat (which is not under cover) as well as the covered seating at the rear. 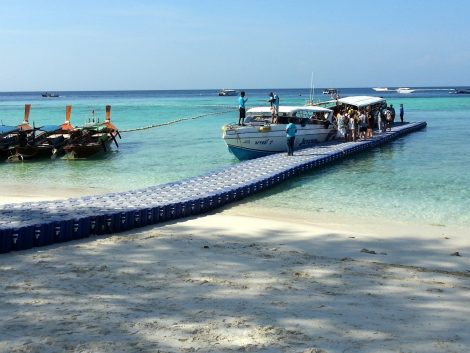 Speedboat services from Koh Lipe arrive at Pak Bara Pier in Satun Province, in Southern Thailand. Pak Bara Pier is 125 km by road from Hat Yai Railway Station. By bus or minivan the journey takes about 2 hours. If you don’t book a joint boat and bus ticket then you will need to pay for an expensive taxi as Pak Bara Pier is a long way away from the nearest bus or train station. 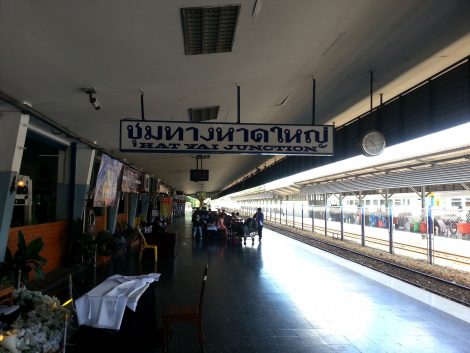 From Hat Yai you have a choice of 5 direct trains to Bangkok. The fastest train, Train #42 departing at 16:23, is scheduled to complete the journey in 13 hours 32 minutes but bear in mind that this train is a three carriage seat only ‘sprinter’ train which means it has no sleeper berths available. The most comfortable, and most expensive, train is Train #32 departing at 18:45. Train #32 uses the newest train carriages used by the State Railways of Thailand and only has 1st and 2nd Class A/C sleeper seats available. 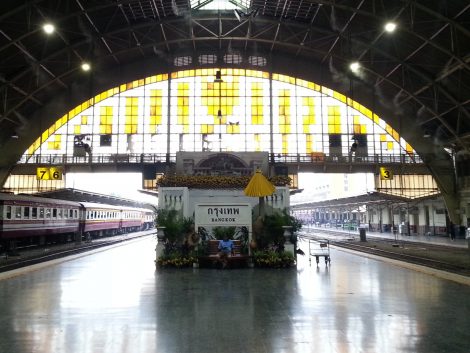 When you arrive at Bangkok Hua Lamphong Railway Station, at the top end of Thailand’s Southern Railway Line, the easiest way to travel onward in Bangkok is via the MRT (metro). There is a MRT station connected to the train station. The MRT has a single line which connects the train station to many part of the city and also to both the Airport Link (to Suvarnabhumi International Airport) and the BTS system, which is Bangkok’s overhead commuter railway station commonly referred to as the ‘Sky Train’.

Next read about Train travel from Koh Lanta to Bangkok