Train Travel from Bangkok to Lampang

By train it takes between 9 hours and 12 hours to complete the 642.29 km journey from Bangkok to Lampang (also known as Nakhon Lampang). By bus the journey is 8 hours 30 minutes although the scenery on route is not as good and a lot less comfortable than a sleeper berth on a train is you are travelling overnight.

There are 5 direct trains per day from Bangkok to Lampang.

Use the Search Box below to find your train tickets from Bangkok to Lampang:

We recommend booking either the day time train, Train #7 or a sleeper berth on the last train of the day, Train #51 for travel to Lampang. The other three train services from Bangkok to Lampang arrive early in the morning before anything opens and passengers on these trains will have a long wait before they can check into their accommodation.

Train tickets purchased on online for the Bangkok to Lampang route cost 250 THB more per ticket than purchasing the same ticket at the train station in Thailand.

The advantage of paying more to book online is that you guarantee the seat you want on the day you want to travel. It is not always possible to buy 2nd Class A/C sleeper berths or seats on the day of travel or even the day before. The train to Lampang carries onto Chiang Mai which is a popular destination and the trains are often booked during the high season and around the time of National holidays in Thailand, when many Thai people use the the trains to travel home from Bangkok to celebrate with their families.

Bangkok Train Station is located in the China Town district of Bangkok not far from the river to the south of the Khao San Road and to the west of popular area such as Siam Square and the Sukhumvit Road. The easiest way to get to get to Bangkok Train Station is to take the metro to Hualamphong MRT station which is under the train station. Another option if you are travelling from the Khao San Road is to take the Chao Phraya Express Boat from the Phra Ahtit Pier (near to the Khao San Road) to Pier number 4, which is called the Marine Department Pier, and then walk 1.2 km from there to the train station. The ferry service from Khao San costs less than 20 THB per person.

Lampang or Nakhon Lampang is the third largest town in the Northern region of Thailand and 109.13 km south of Chiang Mai by train. The city has a population of around 250,000 people. According to legend Lampang was first established by a hermit monk who lived there in the 7th Century. The settlement grew slowly from a single person into a town surrounded by a moat and defensive wall. In the 11th Century the town was captured by invading Khmer armies from Cambodia until being liberated in 1256 by King Mengrai who made Lampang part of the Lanna kingdom of Northern Thailand. King Mengrai re-built the city that is now modern Nakhon Lampang making it an important outpost of the Lanna Kingdom which at that time was from ruled from the city of Chiang Mai. In the 16th Century Lampang was again taken over by foreign invaders, this time from Burma, until the late 18th Century when according to legend the local people rebelled against their Burmese king and took back control of the city. 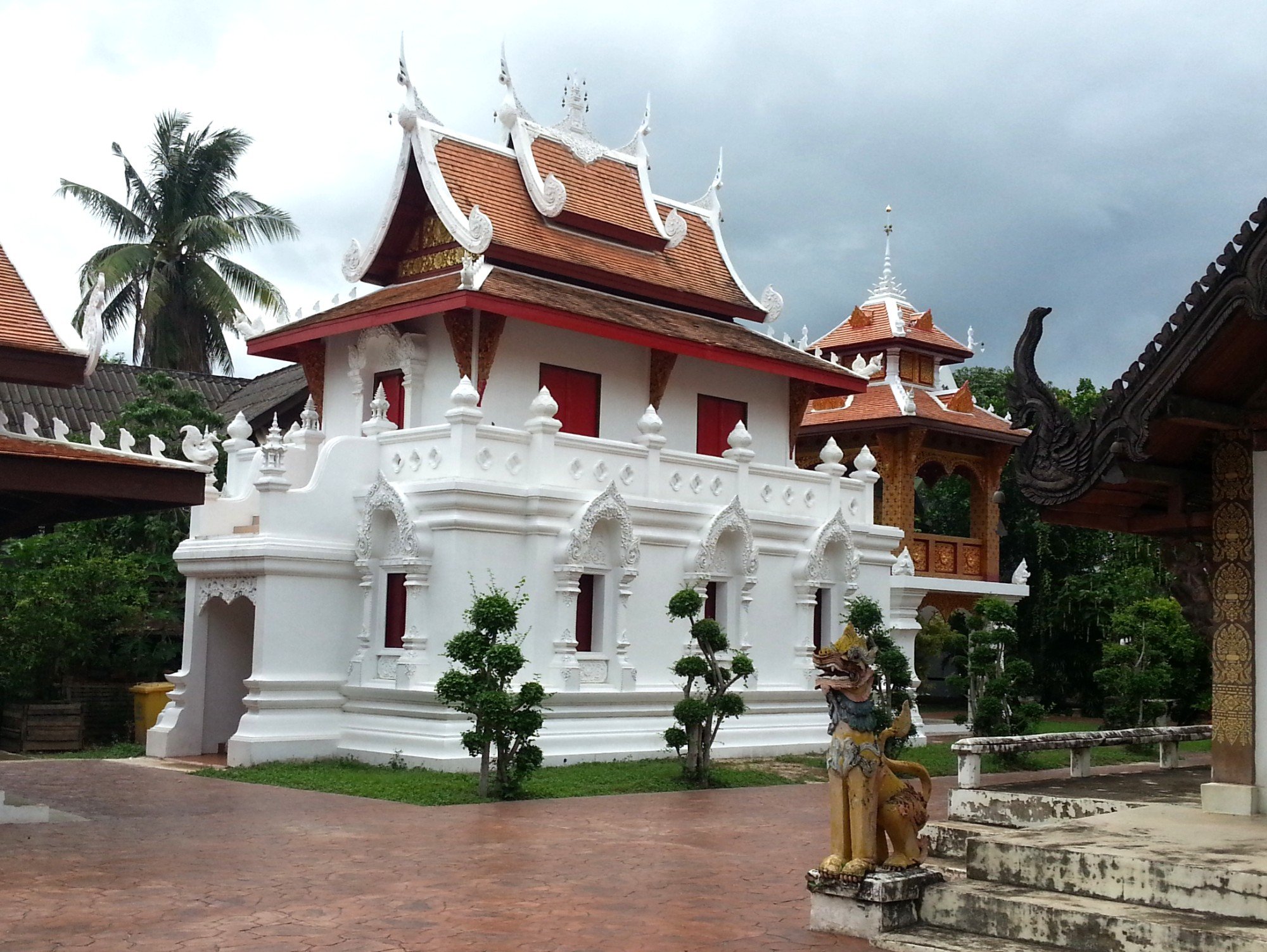 Given the city’s long history it is no surprise that Lampang is rich in culture and has many interesting temples and buildings to visit. The most popular tourist attraction in the city is the temple of Wat Phra That Lampang Luang which was founded in the 13th Cenutry, and the local belief is that the temple’s main chedi houses a hair of the Buddha. Wat Phra That Lampang Luang is considered one of the best examples of Lanna architecture in Thailand and the temple is also interesting in that is a fortified temple built on an artificial hill and surrounded by high walls. Other interesting attractions include Ban Sao Nak or the ‘House of Many Pillar’ built by a wealthy Burmese family in the 19th Century, the Saturday and Sunday evening market on the Talat Gao Road, and the Thai Elephant Conservation Center some 34 km from Lampang city ,which is the only government run elephant centre in Thailand. Lampang is often overlooked as a tourist destination in favour of Chiang Mai or Chiang Rai but it’s a really interesting place to visit and unlike these two more famous towns in the north there are a lot less tourists who visit which gives the town a more relaxed and friendly atmosphere.