You can travel by train from Surat Thani in Thailand to Ipoh in Malaysia by taking two trains. The first train is from Surat Thani to Padang Besar, just over the border in Malaysia. There is a Thai and Malaysian immigration post in Padang Besar Railway Station. The second train you then need to take is from Padang Besar to Ipoh. If the first train arrives on time you have a wait of only 1 hour 22 minutes before the next train departs to Ipoh, which gives you time to pass through both sets of border control.

The Padang Besar Railway Station where you need to change trains is the one located in Malaysia. There is another smaller station also called Padang Besar which is located in Thailand. 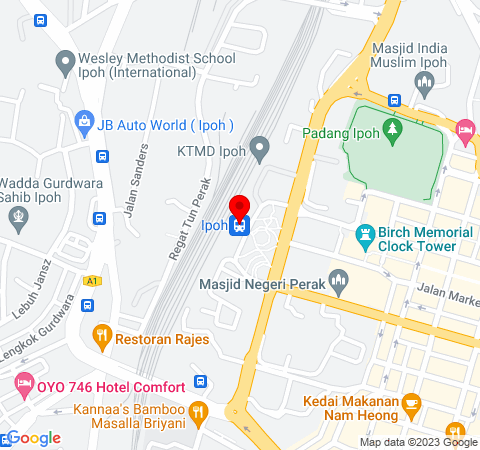 Ipoh has become a very popular tourist destination in the past few years. The best way to see the sights in Ipoh is to follow the Heritage Trail, which is a sign posted walking route that takes you around the major attractions in the Old Town area of the city. The Heritage Trail conveniently starts at Ipoh Railway Station, which is itself a grand building constructed during the time Malaysia was part of the British Empire. 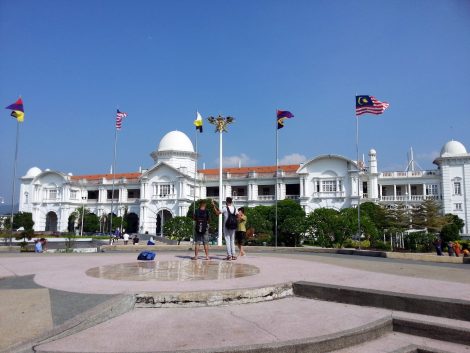 The Heritage trail goes in a loop around the historic Old Town of Ipoh ending back near to the train station. Ipoh has a rich history as an important centre of tin mining in the 19th Century and for the first part of the 20th Century before the demand for tin reduced dramatically and market prices dropped dramatically. 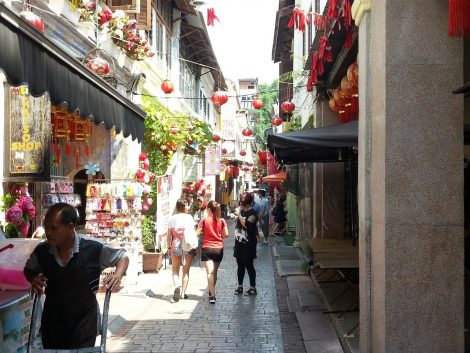 Tin mining attracted a lot of foreign workers and inward investment into the city. The British Government built a range of impressive public buildings including the railway station, a grand town hall and law courts. Other nationalities contributed this surge in building as well. The city attracted a large number of Chinese immigrants who built temples and shop houses in the Old Town area of the city. For a glimpse of life in this period visit Concubine Lane which is a narrow lane full of Chinese style shop houses. Ipoh also attracted a large Indian community which built itself a magnificent mosque, the Masjid India Mosque, which is also on the Heritage Trail. 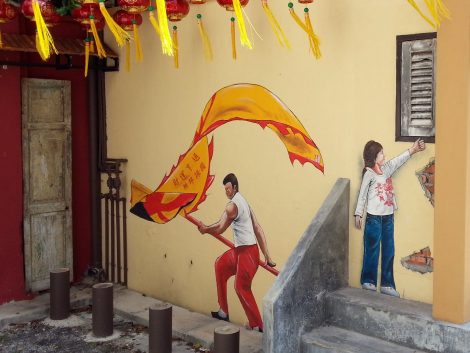 The renewed interest in Ipoh, which had suffered several decades of harsh economic decline after the end of the tin mining industry and short lived attempt at large scale commercial fresh water fish farming, came about as a consequence of the street art which now features all over the city. The OLDTOWN Coffee Company, which is one of the major coffee retailers in Malaysia, sponsored Lithuanian artist Ernest Zacharevic to create a series of 8 wall murals in Ipoh old town in 2014. Ernest Zacharevic had achieved a certain degree of fame by that point after doing similar wall murals for the George Town Festival in 2012, and his work started attracting a lot of visitors to Ipoh. Since 2014 the number of wall murals and other art installations in Ipoh has increased massively, with other local and international artists producing work in the city. Street art is big in Ipoh and its everywhere and its worth stopping on route along the Heritage Trail to see it.

Next read about Train travel from Saigon to Nha Trang