There are two stages to the train journey from Hat Yai to Kuala Lumpur. The first part is a 55 minute journey on a Thai train to Padang Besar Railway Station just over the border in Malaysia. Next you need to pass through both sets of passport control which are located within Padang Besar Railway Station. Once you have completed the necessary immigration procedures you can then take a Malaysian train service to Kuala Lumpur.

Padang Besar Railway Station is located in Malaysia, and this is where you need to change trains to continue your journey to Kuala Lumpur.

KL Sentral Station is the largest of several train stations in Kuala Lumpur, and is located in the city centre.

Things to do in Kuala Lumpur

For many visitors to Kuala Lumpur their main reason for visiting is either to go shopping or they are passing through the city on route to other destinations in South East Asia. The city, however, has a rich and diverse cultural heritage which is well worth exploring even you have come to Kuala Lumpur for reasons other sightseeing. Visiting the main points of interest in Kuala Lumpur is easy and cheap because the suburban transport system is fast, modern and great value for money.

The first point of call for new visitors to the city should be Merdeka Square which is the central point in the city. Merdeka Square is a significant location in the history of the Malaysia for two reasons. The first reason is that this area was the administrative centre for British colonial rule of the Malay peninsula. Consequently, the area is full of grand buildings constructed by the British Government. These include not only government buildings, and law courts, but also the beautiful Jamek Mosque, located just off Merdeka Square, which was designed in the distinctive Indo-Saracenic architectural style closely associated with British designed public buildings across Asia. The second reason Merdeka Square is so significant is because this is where the newly formed Malaysian Government publicly declared independence from British rule. 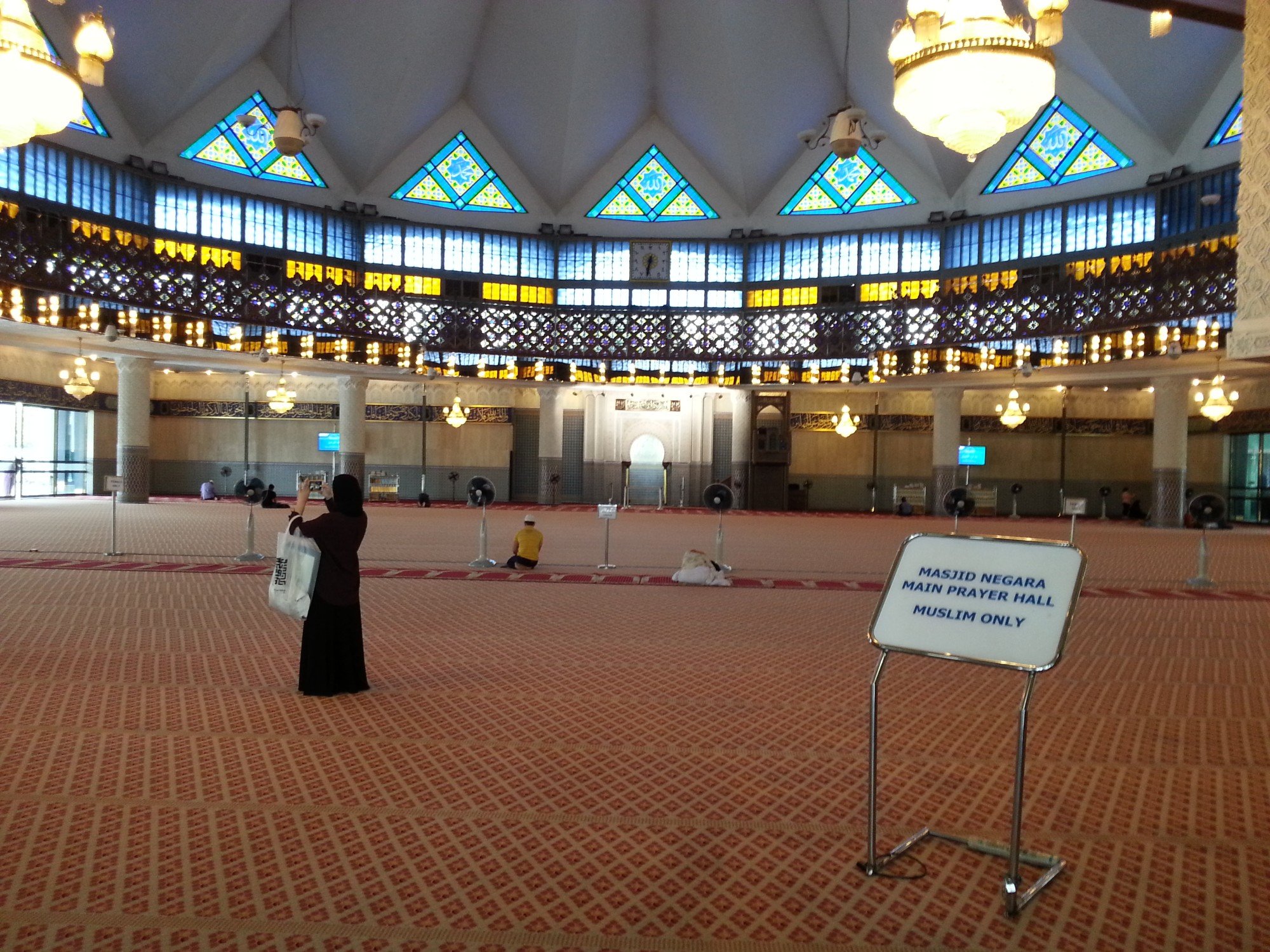 The National Mosque in Kuala Lumpur

From Merdeka Square we recommend visiting the area around the Old Kuala Lumpur Railway Station, including the original station itself, the railway administration building opposite, and the National Mosque nearby. The National Mosque was built after Malaysian Independence and the difference in design to the Jamek Mosque is a clear attempt by the new government to distance itself from it past as part of the British Empire, expressed in the medium of reinforced concrete. 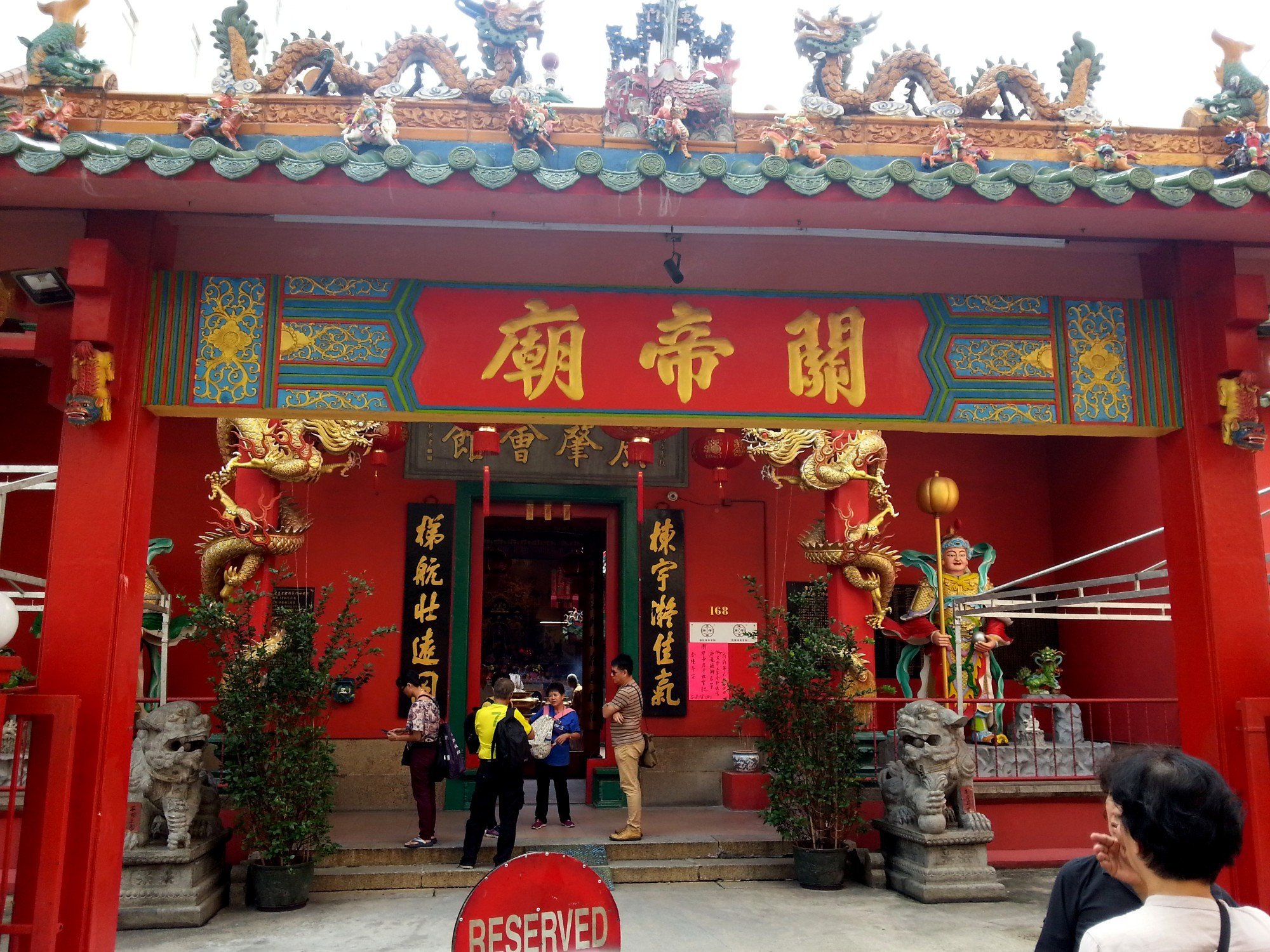 From the National Mosque the third stop on our cultural tour of Kuala Lumpur is the China Town area near Pasar Seni Metro Station. The Malay Peninsula has been a multi-cultural land since the time it was first inhabited, and the immigrant Chinese and Indian communities in Kuala Lumpur are as much a part of the city’s history as the British rulers and the Malay people. For a flavour of the heritage of the Chinese community we recommend visiting Petaling Street Market, which is a lively street market with good food, and the Guan De Temple, which is an important Chinese Taoist temple. Nearby is the Sri Mahamariamman Temple, whose 22.9 metres gopura tower over the entrance way with carvings of Hindu deities and folk heroes is one of the photographed parts of the city.

Next read about Train travel from Ipoh to Hat Yai