By train it takes around 4 hours to travel 203.12 km from Bangkok to Cha Am. By road the journey is a lot quicker taking two to three hours depending upon whether you take a private car or a minivan.

Train Times to Cha Am

There are 3 daily direct train services from Bangkok to Cha Am.

Buy Tickets to Cha Am

Use the Search Box below to buy your train tickets from Bangkok to Cha Am.

Location of Cha Am Station 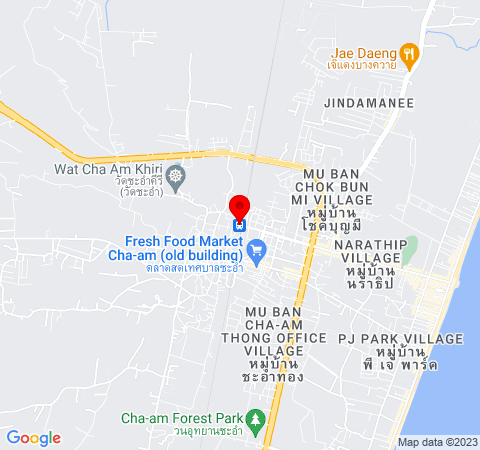 Cha Am is a small resort town with a 13 km long white sand beach. Cha Am is less busy and less developed than the better known resort town of Hua Hin, which is 27 km to the south of Cha Am town. Cha Am does, however, get busy at the weekends from January through to around the start of October (when the weather is good) with Thai tourists escaping from the heat of Bangkok on short breaks. Cha Am also has a visible ex-pat community of largely retirees seeking better value for money, and more peace and quiet, than they can find in other coastal locations such as Koh Samui, Pattaya and Phuket. 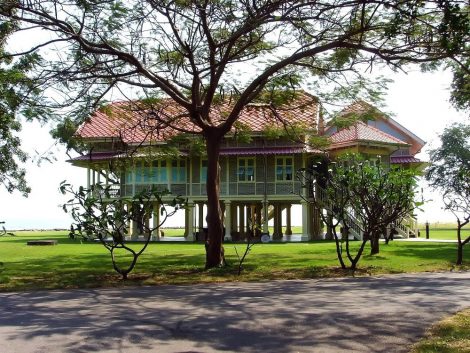 Mrigadayavan Palace near Cha Am

Other than the beach there are three major tourists attractions in Cha Am. The biggest draw to the town, especially for Thai tourists, is the large number of value for money seafood restaurants in the area. Crab and shrimp are caught locally and probably cheaper in Cha Am than in other locations across Thailand. The second major attraction is the Mrigadayavan Palace, which is a former royal palace built in the 1920 located 13.1 km by road to the south of Cha Am Railway Station. The Mrigadayavan Palace is a series of teak structures joined by walkways and located on the seafront. The palace is open to visitors from 08:30 to 16:30. The third major tourist attraction in the area is the small fishing village at Cha Am harbour, 5 km by road to the north of Cha Am Railway Station. As well as brightly coloured fishing boats, the village has lots of seafood restaurants and two seafood markets.

Next read about Train travel from Phnom Penh to Bangkok