After more than 12 months of talks with China, and a partial agreement for a loan to made for the co-financing of Thailand’s first high speed railway link, Thailand’s PM Prayut Chan-o-cha announced on the 23rd March 2016 that the project would still go ahead but it would be financed entirely by the Thai Government. The sticking point was the rate of interest to be charged by the Chinese, which the Thai Government insisted should be fixed at 2%. The Chinese Government refused.

Decision to Self Finance Will Speed Up the Process 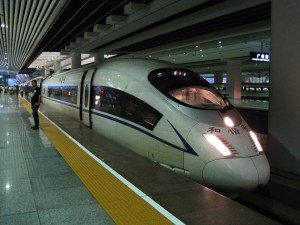 The future of Thailand Trains?

For those of us who are eagerly awaiting the introduction of high-speed train services in Thailand, this announcement is really good news. The project has been stalled for some months now over the financing issue and the decision by Thailand’s Prime Minister to become this sole financier for the project means that construction can now finally get under way.