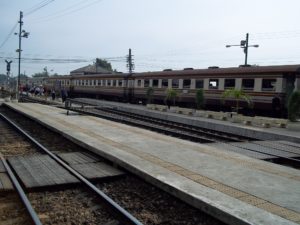 Thailand’s railway system, whilst charming and functional, is in dire need of reform and upgrade. The State Railway of Thailand (SRT) has sadly been in decline for decades due to under investment and accusations of mismanagement. Passenger demand still exists but largely because the ticket prices are very low. Something needs to done about and that is exactly what the Cabinet of the Thai Government is meeting to discuss in May 2016.

A total of 7 new projects involving 993 km of new dual track railway lines is likely to be approved by Cabinet with a predicted completion date of 2020 for all 7 projects. If these projects go ahead this will be the largest railway building project in Thailand for over 100 years.

Significance of the New Projects

Thailand’s current intercity rail network was largely completed by the 1920s and the only railway lines which have been built since then have been commuter lines in metropolitan area and the infamous Death Railway built by the Japanese in World War II. The significance of these new rail projects is not to be underestimated. They represent the start of a much needed modernisation process for Thailand’s railway services, and Thailand’s contribution towards the creation of railway network spanning the ASEAN community and connecting it to China. The choice of where to build the new railway track reflects the focus on ASEAN as the new track will facilitate the easiest movement of goods and labour between Malaysia, Myanmar, Laos, Thailand and Cambodia.

List of the 7 New Railway Projects Planned in Thailand

The 7 proposed projects are:

Fingers Crossed for the Future

We will keep our readers posted when the Government of Thailand makes a decision on these 7 projects next month. Fingers crossed we are seeing the beginnings of ‘New Age of Rail’ in Thailand and other ASEAN states. Readers of this website will already be aware that even Cambodia (second only to Laos the ASEAN country with the least developed railway network) restarted passenger services between Phnom Penh to Sihanoukville.