16 July 2016: 2016 is going to be remembered as the year of the ‘Mega Infrastructure Projects’ with the Thailand Government currently working on finalising the contracts for no fewer than 20 large scale construction projects including 3 new elevated and underground mass transit routes inner Bangkok to surrounding areas: the Pink Line, the Yellow Line and the Orange Line. These three new mass transit routes will cost an estimated 222 billion THB out of the total estimated expenditure on all 20 projects of 1.4 Trillion THB. 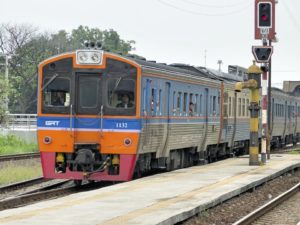 The Thai Government is confident on letting the contracts for 18 or 19 out of the total 20. The two which are looking like they will not be completed are both railway projects. The problem appears to be finding funding for the projects: both the Chinese and the Japanese Government have expressed concerns about the financial viability of these projects as commercial enterprises. Indeed, as we reported on the 25th May 2016 the Japanese have hedged their bets on the proposed high speed link between Bangkok and Chiang Mai by recommending that initially only half the track, as far as Phitsanulok, because this part of the line is the busiest and likely to make the most money back on the investment.

The key question for investors is how they can make their money back when the Thai Government has pledged to keep the cost of train fares affordable for Thai people on lower incomes. The solution which the Thai Government is pursuing is to offer use of the land around train stations and railway track.

On the 16th July 2015 the Bangkok Post reported that Deputy Prime Minister Somkid Jatusripitak has asked the Transport Ministry to speed up plans for the potential commercial development of land along new four railway routes which the Thai Government has proposed building: Bangkok to Nakhon Ratchasima, Bangkok to Hua Hin, Kanchanaburi to Aranyaprathet via Bangkok, and Bangkok to Laem Chabang.

The State Railway of Thailand (SRT) owns lots of land which is perceived by many as being underused as an income generating asset. On this basis allowing the land to be used by investors appears to have little cost for, or impact on, the financial position of the SRT. For potential investors the return on operating the railways themselves may be limited by price capping on fares but, so the argument goes, investors can make their profits by using nearby land for retail outlets for residential developments and the such like. However, there is a simple question which we feel needs to be examined first: why not simply sell the land and build the railways out of the proceeds, thereby maintaining an entirely state run railway system and allowing the Thai Government more freedom to set fares?

Next read about Train Travel from Bangkok to Chiang Mai