Phitsanulok Train Station is located 389.291 km from Bangkok on the Thailand’s Northern Train Line, which connects Bangkok to Chiang Mai. 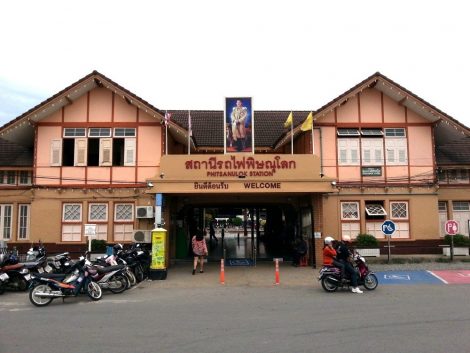 Phitsanulok Railway Station is the connection point between the railway network and destinations in the North West of Thailand such as Sukhothai, Tak and Mae Sot on the border with Myanmar and the major crossing point for overland travel from Thailand to Yangon. 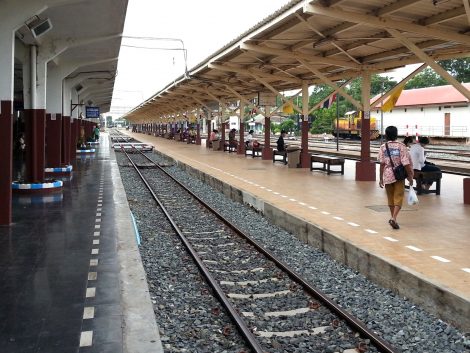 Phitsanulok Train Station is a busy railway station with 2 train platforms, 7 tracks and a total of 24 trains passing through the station each day:

Phitsanulok Railway Station has a small number of facilities. The railway station is, however, in a busy city centre area with a much greater range of shops and restaurants. 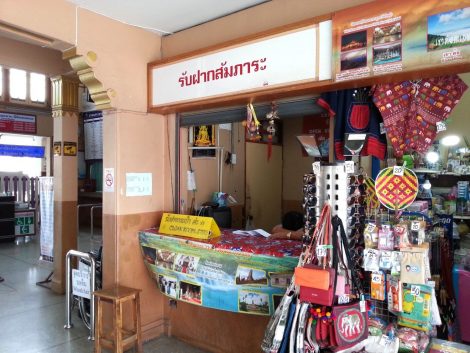 There is a ticket office on the right hand side of the main entrance as you enter the main station building. 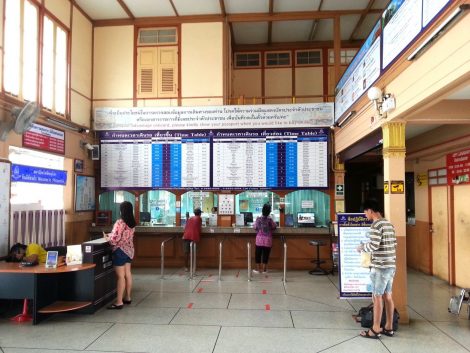 Use the Search Box below to buy train tickets to and from Phitsanulok online:

Change the origin of travel and/or the destination to search for tickets for other journeys.

Tuk-tuks and motorbike taxis wait for passengers in front of Phitsanulok Railway Station. Expect to pay 40 to 80 THB for journeys within the city. 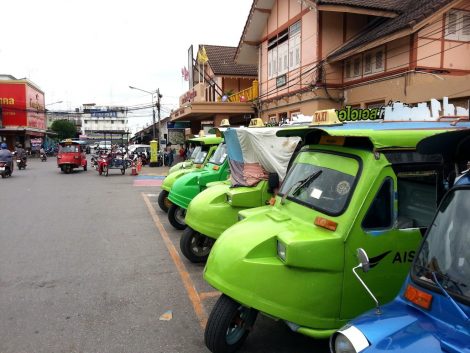 There are 10 direct train services a day from Phitsanulok to Bangkok.

There are 6 direct train services a day from Phitsanulok to Chiang Mai.