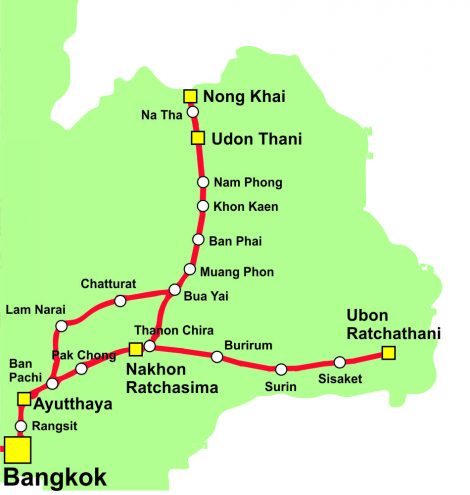 The other branch of the line goes eastwards to Ubon Ratchathani via Burium, Surin and Si Sa Ket. The North Eastern train line is less well travelled by foreign visitors which is a shame as there is some fantastic scenery on route, particularly between Ayutthaya and Nakhon Ratchasima.

To buy Thailand Train Tickets online enter your destination and travel dates into the Search Box below.

For more information about travelling on Thailand’s North Eastern Train Line click on the links below to our Guides to the Best Train Journeys on the North Eastern Line:

Trains from Nakhon Ratchasima to Bangkok