There are five different ways you can travel from Bangkok’s main train station, known locally as Hua Lamphong train station, to destinations across metropolitan Bangkok. Many visitors arriving at Bangkok train station, especially for the first time, automatically head for a taxi. However, taxis are only one of the available options and other forms of transport can sometimes be much more convenient, quicker and cheaper depending upon where you are going, how may people are travelling and whether or not you have a lot of luggage to carry.

The metro (MRT) system in Bangkok is fast, efficient, safe and reliable. Trains run from 05.30 to 24.00 Monday to Friday and 06.00 to 24.00 on Weekends and Public Holidays. Hua Lamphong is at the bottom end of the Blue Line. 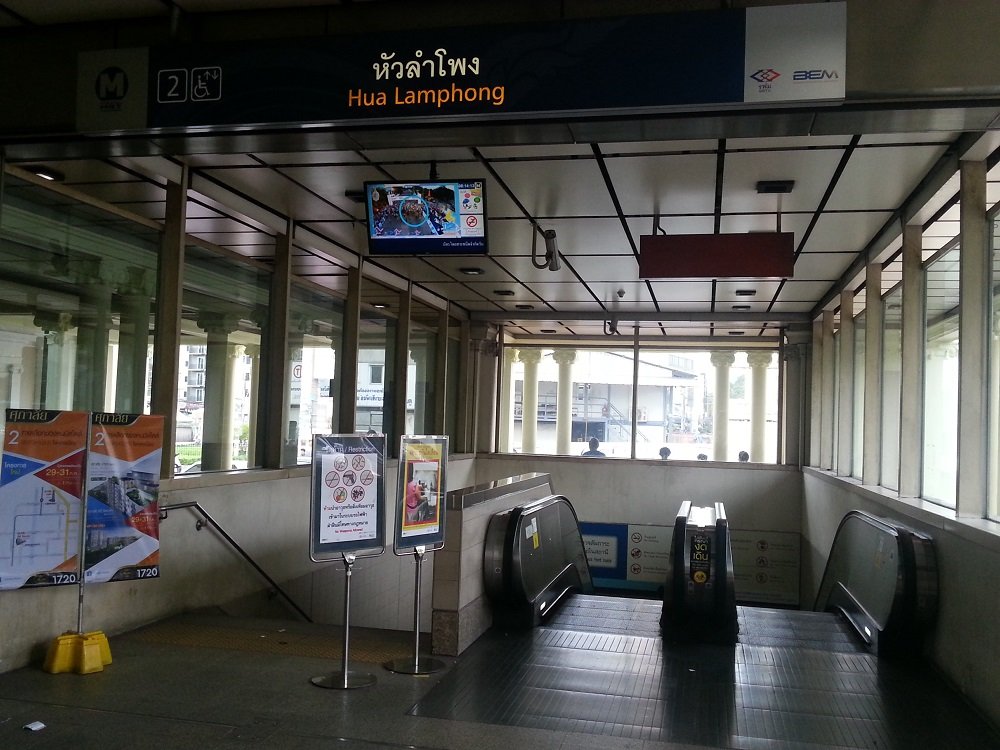 How to Find the Metro Station

Tickets can be purchased either from the station kiosk or the ticket vending machines which accept coins and notes in Thai Baht. The vending machines have an English language option and you select your destination on a touch screen to select the correct fare. For single journeys a plastic token rather than a ticket is issued.

From the Train Station the following fares apply to adults:

Connecting to BTS Services from the Metro

There are interchanges to the Skytrain (BTS) network at Si Lom and Sukhumvit stations.

Connecting to the Airport Link from the Metro

There is an interchange at Phetchaburi MRT station to the Airport Link which goes to Suvarnabhumi International Airport.

Meter  taxis in Bangkok are relatively cheap. Off the meter they become more expensive. Before you set off on any taxi journey in Bangkok be sure to agree with the driver either that the journey will be on the meter or alternatively a fixed price for the journey. 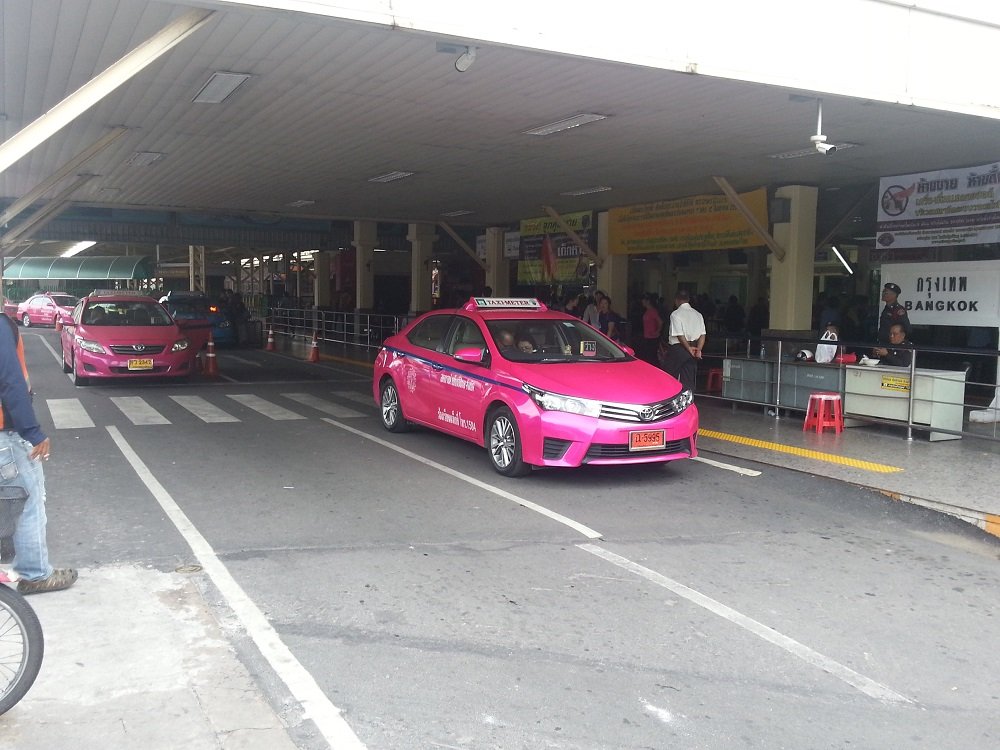 How to Find a Taxi at Bangkok train station

There is a taxi rank outside the train station near the entrance to the MRT station. To reach the taxi rank exit the station concourse at the top left hand corner near the train platforms.

On the meter this is what you expect to pay for the following journeys:

NB: these are approximate prices the actual price depends the precise route taken and the amount of time spend in stationary traffic.

Motorbike taxis are a quick and cheap form of transport. They weave in and out of the traffic, mount pavements, and a variety of other prohibited manoeuvres to get you to your destination quickly whatever the traffic. Accidents occur more frequently than with other forms of local transport. Motorbike taxis will not suit most visitors coming to Thailand for a holiday, although they can provide a useful form of transport for short journeys by those travelling on their own. 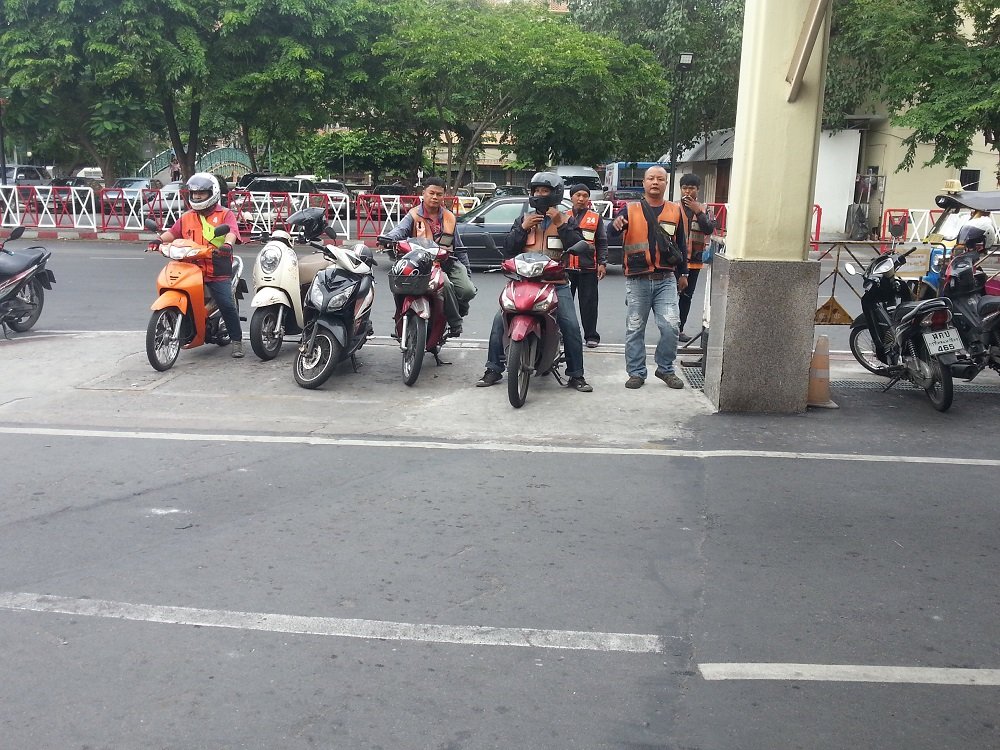 Motorbike taxis wait outside the side exit to the train station

How to Find a Motorbike Taxi at Bangkok train station

They wait near to the station on the other side of the road opposite the taxi rank. Again leave the station building at the top left hand exit and you will see the motorbike taxi waiting in front of the parking area between the station and the Krung Kasem canal.

There is a fixed fare system for motorbike taxis in Bangkok, but none of the drivers use it. Motorbike taxis do not have meters and prices need to be agreed in advance to avoid arguments and inflated demands for payment at the end of the journey. Non-Thai travellers will almost always pay more than Thai people. As a foreign visitor this is roughly what you can expect to be charged for the following journeys:

Tuk Tuks are the most famous form of transport in Bangkok. However, they are more expensive than meter taxis and local people tend only to use them for short journey and for transporting things. In the mornings in Bangkok you will see tuk tuks carrying goods for sale at local markets. This said they good fun to travel in, particularly in the evening when it is cooler, for short journeys. 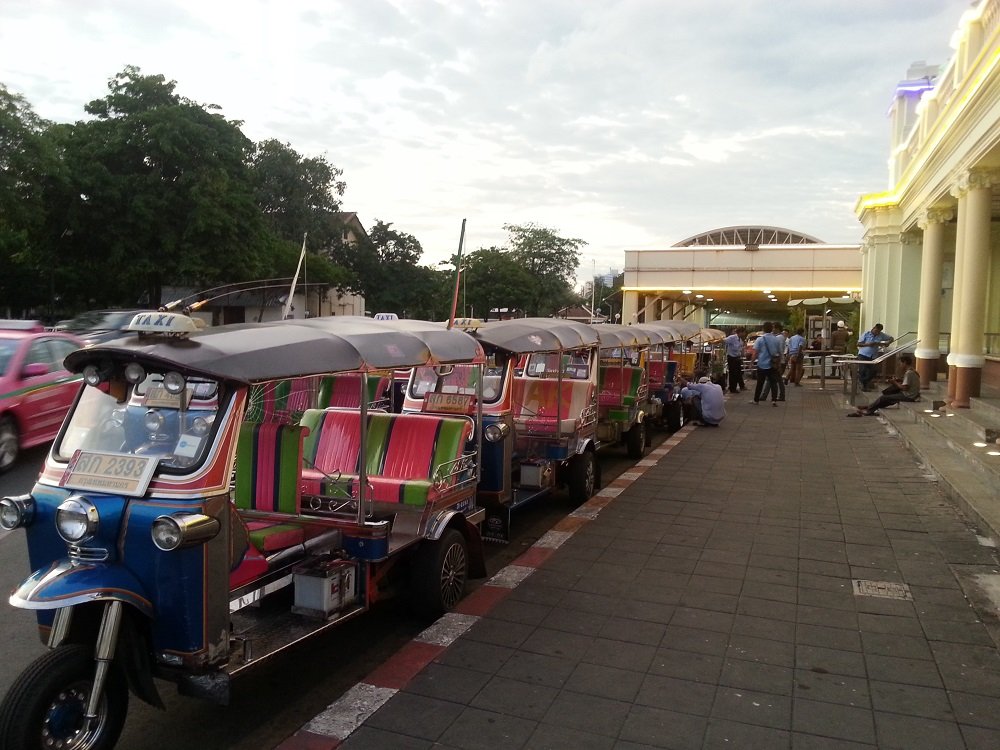 How to Find a Tuk Tuk at Bangkok train station

They wait on the left hand corner of the train station building opposite the entrance to the MRT station. If you are at the front of the station walk around to the left and there will be a row of them waiting for passengers.

There is no fixed fare system for tuk tuks in Bangkok and they do not have a meter. You need to negotiate a price with the driver before you set off. As a foreign visitor tuk tuk drivers will try to charge you as much as they can get away with and as a ‘rule of thumb’ the fare on the meter in a taxi is likely to be half or two-thirds the amount you will pay for a tuk-tuk. As a guide expect to be pay these amounts for the following journeys:

Bus travel in Bangkok is very cheap and public buses go almost everywhere. However, they are extremely slow and some have no air-conditioning or fans. It is best to travel on buses in Bangkok at night when it is not so hot. 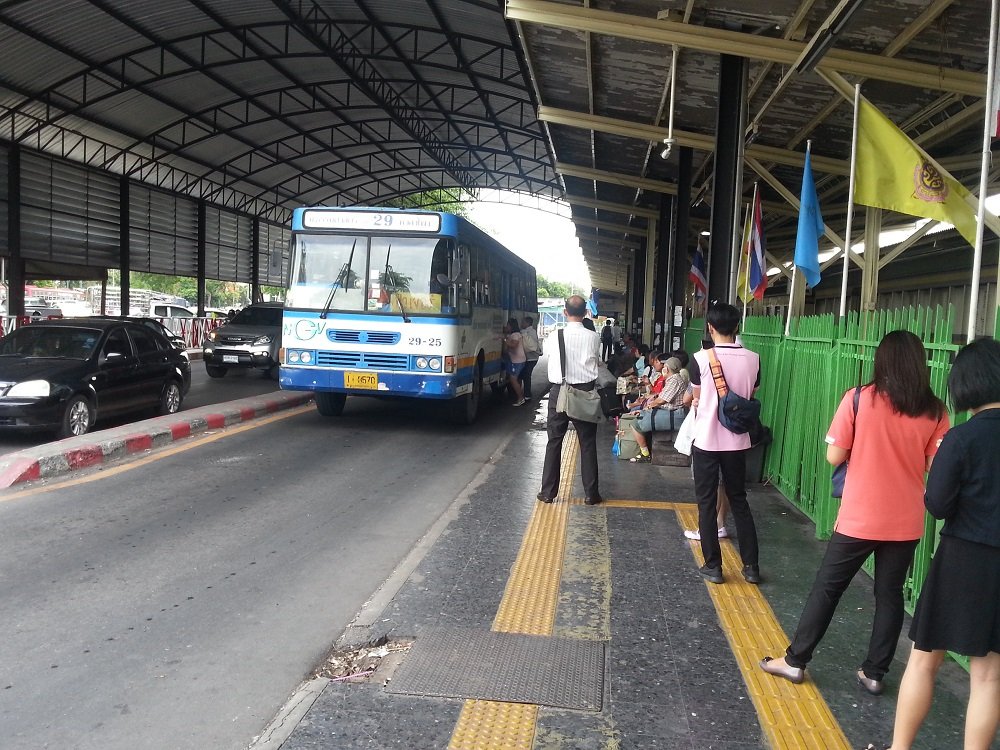 Where to catch a bus at Bangkok train station

The following bus services depart from the bus stop out the train station, please be aware that the name of the nearest bus stop may not be the same of your end destination

Next read about Hotels near Bangkok Hua Lamphong Railway Station