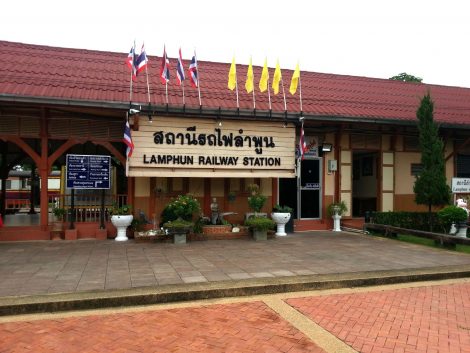 Lamphun Railway Station is located outside Lamphun town centre 2.6 km by road to the north east of Wat Phra That Haripunchai. 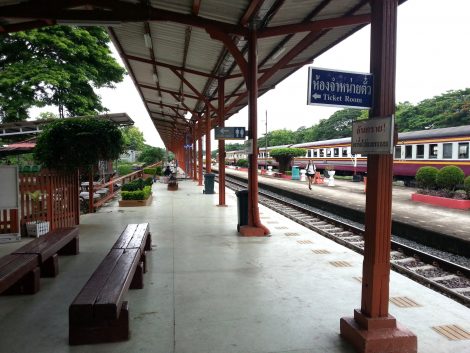 Railway enthusiasts will enjoy looking at the signal box at Lamphun Railway Station which has a set manually operated signal box levers still in use operating the signals and points at the station. 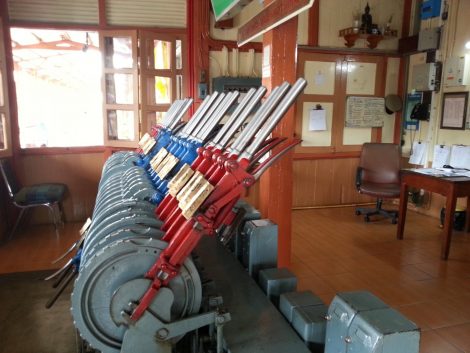 Lamphun Railway Station has very few facilities. The station has toilets located in a building in front of the station and a cargo and parcels office. There is no left luggage facility at this station. 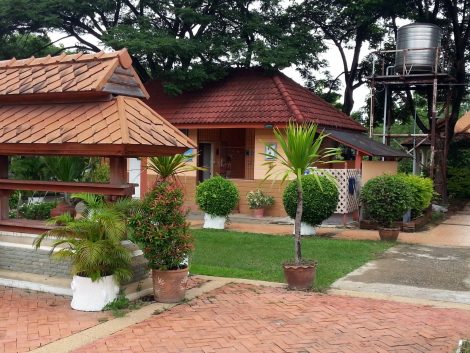 Lamphun Railway Station is in an isolated location. There are no shops or restaurants nearby. There is a sign for a shop within the station, however, when we visited in August 2019 we could not find the shop. If you are departing on a train from Lamphun bring anything you need during your wait for your train, or that cannot buy on the train itself you need for your journey, with you.

The ticket office at Lamphun Railway Station is on the right hand side of the main entrance to the station. 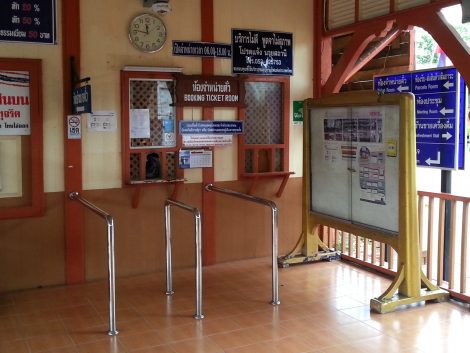 Use the Search Box below to buy train tickets to and from Lamphun online:

Tickets are also available through the Search Box above for other journeys across South East Asia, India and China. Change the origin and destination in the Search Box to check for ticket availability on other routes.

The only public transport at Lampang Railway Station is a pair of motorbike taxi drivers who wait for passengers to arrive on the train. Expect to pay 40 to 60 THB to most destinations in Lamphun town. These motorbike taxi drivers are very friendly but speak no English at all or any other languages than Thai. If you are not fluent in the Thai language consider bringing the name of your destination written in Thai or have a map ready to show the drivers to make it easier to explain to them where you need to go.

There are 5 direct train services a day from Lamphun to Bangkok.

There are 6 direct train services a day from Lamphun to Chiang Mai.