It takes between 4 hours 38 minutes and 6 hours 34 minutes to travel by train from Prachuap Khiri Khan to Bangkok depending upon which train you travel on. Some are faster than others. There are 5 departures a day in the very early morning, a single departure in the afternoon and then 2 departures late in the evening between 22.58 and midnight.

Use the Search Box below to buy your train tickets from Prachuap Khiri Khan to Bangkok. Simply enter your date of travel and click to Find Tickets.

Tickets often sell out before the day of travel for 1st and 2nd Class Sleeper Seats between Prachuap Khiri Khan and Bangkok. This is not because there is a high demand for train tickets from Prachuap Khiri Khan, but because all the direct trains to Bangkok stop at Surat Thani (which is the connection point to the islands of Koh Samui and Koh Phangan) and Chumphon (the nearest station to Koh Tao) before they get to Prachuap Khiri Khan. In high season, particularly around the time of Koh Phangan’s monthly Full Moon Party, all the 1st and 2nd Class Sleeper seats get booked in advance by people travelling from Surat Thani to Bangkok on the overnight trains.

The Best Trains to Bangkok

The best trains to takes from Phrachuap Khiri Khan to Bangkok are:

If you want to transport a bicycle or a large item of luggage then travel on any train except Train #42/44 and Train #40, as both these train are 3 carriage Sprinter Services with no freight car in which you transport your oversized item 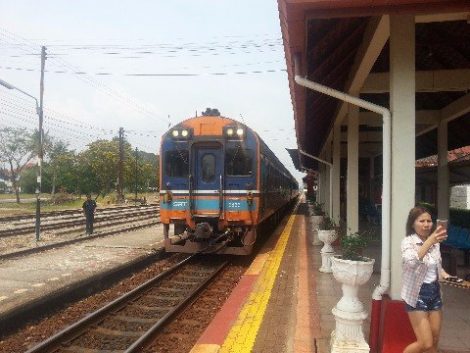 Trains from Bangkok terminate at Bangkok’s main train station, which is known locally as Hua Lamphong. From Hua Lamphong train station the easiest, quickest and cheapest way to travel to most parts of Bangkok is to take the Metro (MRT). There is an entrance to the MRT station to the right side of the station as you leave the train platform. Bangkok’s MRT system connect with both the BTS (Bangkok’s elevated train system known by many as the Sky Train) and Airport Railway Link which is the cheapest way to travel to Suvarnabhumi International Airport. 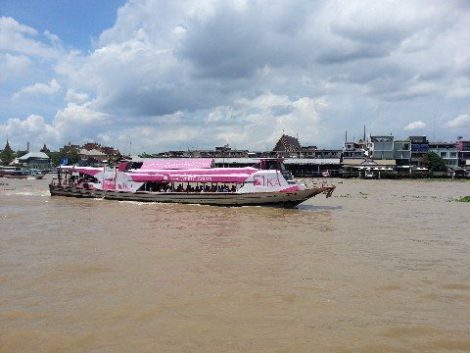 If you are staying in areas not currently connected to the MRT or BTS system, such as the Khao San Road area, then we recommend that you take a meter taxi or if you are staying near the river and good to walk 1.2 km to the nearest river boat pier, you can take the Chao Phraya Express Boat which is commuter boat service operating on Bangkok’s main river, the Mae Nam Chao Phraya.

Next read about How to get from Bangkok to Kanchanaburi