Guide to Train Travel from Chiang Mai to Sukhothai

To travel by train from Chiang Mai to Sukhothai you need to:

There are 6 direct train services a day from Chiang Mai to Phitsanulok.

Use the Search Box below to buy your train tickets from Chiang Mai to Phitsanulok.

The train journey from Chiang Mai to Phitsanulok passes some fantastic scenery which you can enjoy best if you take a train which completes the journey in daylight hours. Of the three trains which arrive before it get dark, the best of these is Train #8 because not only is it the fastest, but also because it is the only day time train with air conditioned carriages. Train #8 only has one seat type and the ticket price includes a meal brought to your seat and a drink.

There is no train line to Sukhothai, but there are bus services every hour from Phitsanulok to Sukhothai and the bus journey takes  only 1 hour and 2 minutes. 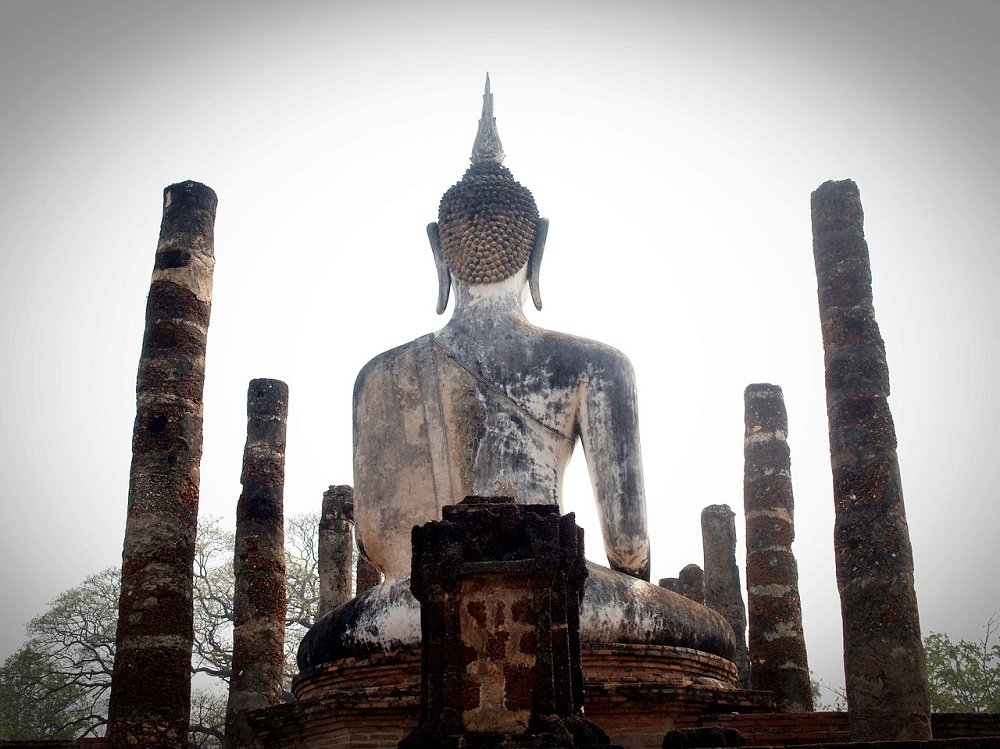 Sukhothai Historical Park is near Phitsanulok