Chumphon has a medium sized train station with a lot of foreign passengers passing through either coming from, or going to, the popular island of Koh Tao which is famous for its scuba diving. There are several ferry services to Koh Tao departing from piers close to Chumphon. 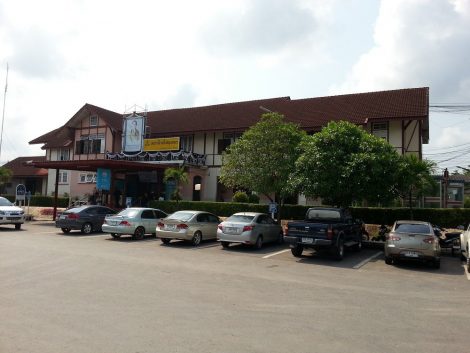 The main reason foreign travellers come to Chumphon is either because they travelling from Koh Tao to Chumphon Train Station or they are travelling from Chumphon Train Station to Koh Tao. Either way if you arrive too late or too early for your transport connections there are plenty of hotels and places to eat near the train station. For food we particularly recommend that those with a higher budget try the excellent Papa Seafood opposite the train station or if you want to eat cheaply head down the Krumluang Chumphon Road, which is the main road heading away from the station approach road. On the left hand side of this road there are many small food stalls with tables and chairs under cover. These stalls serve tasty, cheap and spicy authentic Southern Thai food – dishes you rarely find in restaurants elsewhere in Thailand.

Chumphon Train Station is a medium sized station with 2 platforms. The station has a limited range of facilities and for food, drinks and other things you should buy them in Chumphon town before you go to the train station. 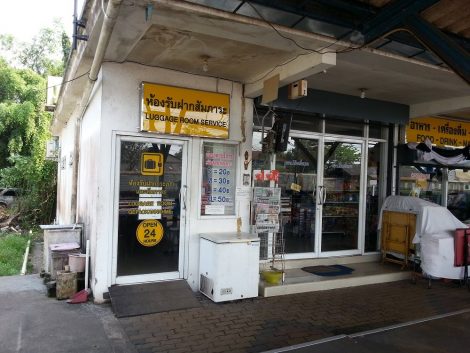 If you would like to go shopping, go to a bank or post office, or do something else you cannot do at the train station, then you need to walk into Chumphon town. To get there walk directly down the approach road and carry on straight after the traffic lights. Then take the first right down the Saladaeng Road to reach banks and the main shopping area.

Transport from the Station

There are songthaew taxis which wait in the small car park opposite the entrance to the train station building. Expect to pay around 100 THB for the journey from the train station to a hotel in Chumphon City Centre. This is expensive for a short journey and we recommend that travellers simply walk to their hotel if their luggage is not too heavy. Most of the better hotels in Chumphon City are within 1 km walking distance of Chumphon Train Station.

Chumphon Train Station is not as a pretty a station as Hua Hin or Ayutthaya Train Stations, it does however have two interesting features relating to the history of the Thai railway network.

There are three steam locomotives which line the approach road to Chumphon Train Station. 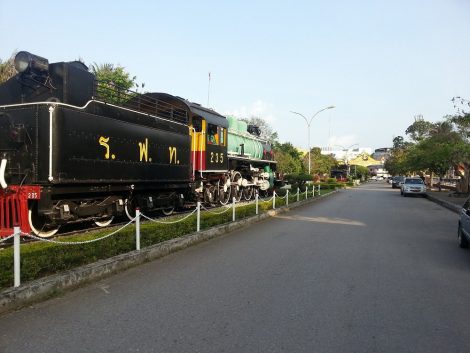 Lining one side of the approach road to the station is a row of wooden railway staff houses. 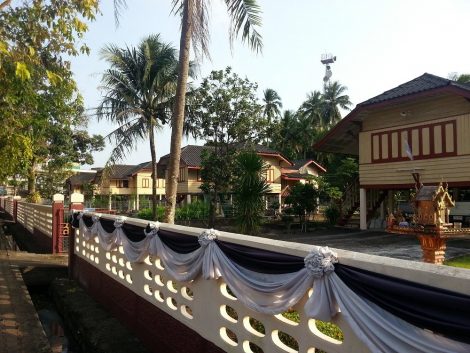 These houses date back to a much earlier era when State Railways of Thailand gave more generous benefits to their staff. The gates to some of the houses still show the SRT logo in the iron work. The houses themselves are interesting; they constructed out of wooden on tall columns raising the floor of the house at least 3 metres off the ground. This is a traditional design of house in the South of Thailand, which is prone to flooding.

There is a single ticket counter at Chumphon Train Station which tends to open around the time of train departures and then close again through out the day. You are likely to be able to buy your ticket on the day of travel at the ticket counter in the station but only for a seat (not a a sleeper berth) and not on Train #40 or Train #43. 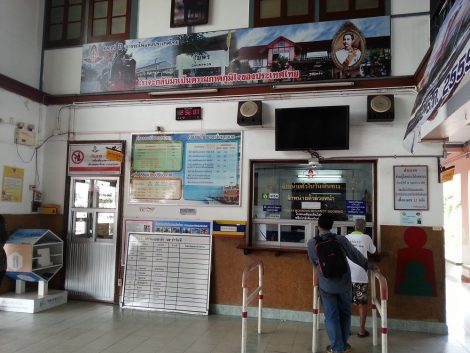 For sleeper berths, and seats on Train #40 and Train #43, particularly around the time of the Full Moon Party, you would be wise to book in advance online.

Use the Search Box below to buy your train tickets from Chumphon to Bangkok:

The majority of the trains to Bangkok depart between the hours of 19:36 and 02:34 which means that 90% of the trains from Chumphon to Bangkok travel through the night. All of the overnight trains have sleeper berths available except Train #42 and Train #44. The best overnight trains are Train #86 and Train #32 as these trains have 1st and 2nd class air-conditioned sleeper berths available. The day time train, Train #40, is the fastest service between Chumphon and Bangkok, and food is included in the ticket price. 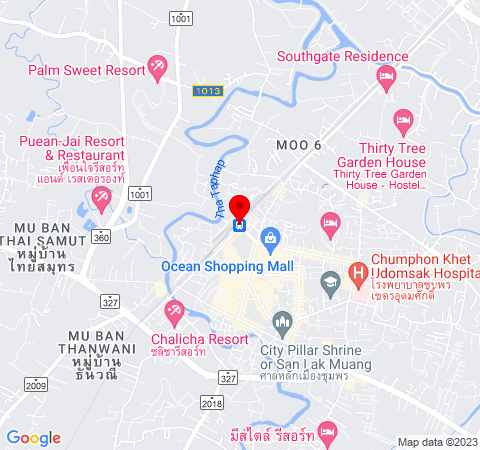