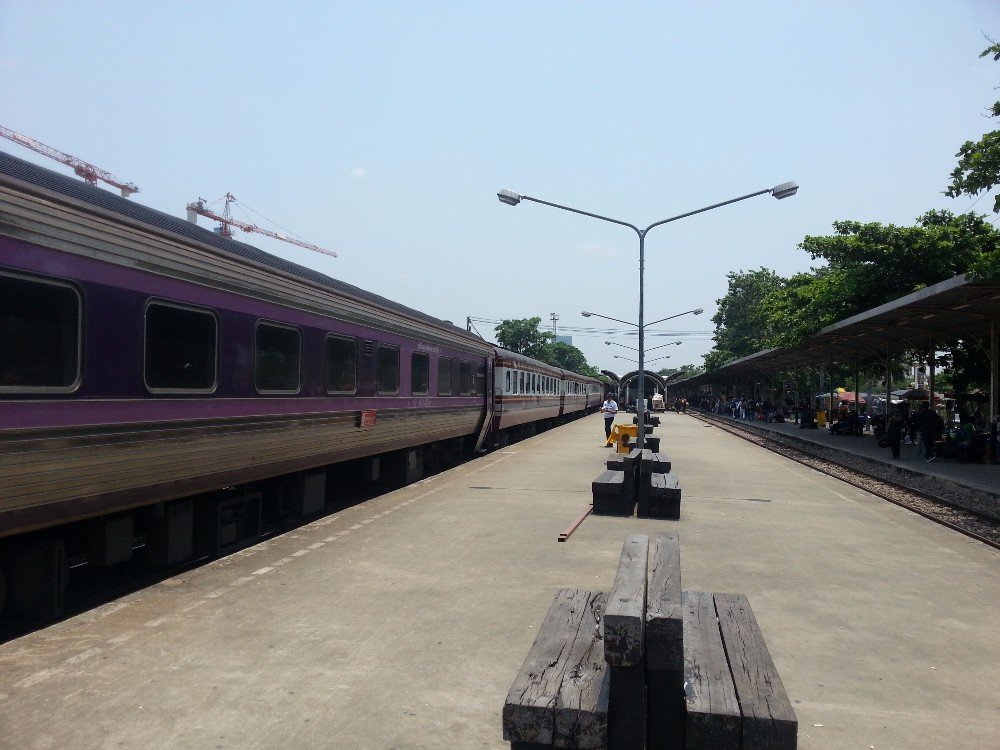 Plans to build a high speed railway to link Thailand’s major airports have been proposed.

10 August 2018: These are exciting times in the development of Thailand’s railway system. Following on from the recent proposals build a rail link between Surat Thani and the ferry ports of Donsak and the completion of the tendering process for the dual track project between Hua Hin and Prachuap Khiri Khan, the Thai Government has announced that bidding for a high speed rail project to connect Don Mueang Airport, with Suvarnabhumi International Airport, and then onto (U-Tapao Airport which is near to Pattaya) will commence either at the end of 2017 or early part of 2018.

Travel between Airports in Thailand: At the present time the only way to travel between these three major airports is by road. Suvarnabhumi Airport is connected to central Bangkok and the city’s rapid transport systems, but Don Mueang and U-Tapao’s airports are not. Nor are they connected to each other by any kind of public transport other than bus and taxi services, which are relatively expensive for people to use. U-Tapao Airport in particular has massive room for growth to take the pressure off the main airports in Bangkok, however, the expansion of U-Tapao Airport is problematic as it is a 40 km taxi or bus journey to the nearest bus or train station: who wants to fly into an airport which is so far away from any public transport services? The high speed rail link is a solution to this problem.

Project Details: The estimated value of the project is reported to be 280 billion Thai Baht, of which 80 billion Thai Baht will be directly invested by the Thai Government and 200 THB will be sought from private sector investors.

Analysis: Priced at 300 to 500 THB per journey this project has the potential to be a profitable venture. Whilst the majority of the Thai public might think 300 to 500 THB is a high amount for the distance covered (lets remember bus and minivan travel is very cheap in Thailand) the chances are that the price of tickets will be less off-putting to people who have already paid for a flight because by paying for that flight they have already shown a willingness to pay extra to travel quickly and in more comfort. The only problem we see in this plan is that rather than just travel between airports for connecting flights, the real demand amongst air travellers to Thailand is for high speed travel between Don Mueang Airport and Central Bangkok, U-Tapao Airport and Central Bangkok, and U-Tapao Airport and Pattaya. Our view is that to make this project the commercial success that it deserves to be the Thai Government needs an improved plan with a rail link station in Pattaya and another one in Central Bangkok. For sure, under existing plans the rail line can link up with existing rapid transport system, but these links can be time consuming and difficult particularly for a family with luggage, and the more time and effort passengers have to put into this travel option the more likely they are to simply use a taxi instead. A direct rail link has to be exactly that: direct.

Next read about Travel from Bangkok International Airport to Hua Hin